Labour MPs have fired a renewed attack on the impact of the government's legal aid reforms, suggesting justice will be a central theme at the opposition party's conference in Brighton next week.

The Bach Commission on access to justice, set up by Labour peer Lord Bach (Willy Bach), will present its final report at the conference on Monday. The commission published its interim findings last year. However, the party has also submitted several justice-related written questions to the Ministry of Justice.

Shadow justice secretary Richard Burgon has asked how many people have chosen to represent themselves in the Crown court since the Legal Aid, Sentencing and Punishment of Offenders Act (LASPO) was introduced.

Sandy Martin, Labour MP for Ipswich, has asked what steps the ministry is taking to ensure people in all regions can access legal aid providers.

Labour peer Lord Beecham (Jeremy Beecham) has asked if the government will publish the results of its LASPO review in relation to the number of unrepresented litigants compared to the situation prior to the act coming into force. He also asks about case outcomes where litigants are unrepresented in cases relating to housing and family law, and the criminal courts. 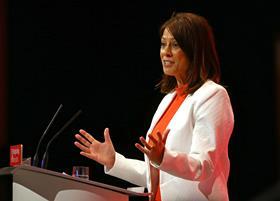 Jon Trickett, Labour MP for Hemsworth, asks how much civil service time has been spent on legal challenges to employment tribunal fees every year since 2013. The fees were scrapped in July after the Supreme Court ruled them to be unlawful.

So far, justice minister Dominic Raab has said he is 'currently considering' the planned post-implementation review and will make an announcement 'in due course'. Maintaining access to justice 'remains absolutely vital and continues to be at the heart our reforms. Our legal aid reforms are reducing costs to taxpayers whilst still providing legal help to those who need it most,' he added.