The government has set the ball rolling on the long-awaited review of its controversial legal aid reforms, the Ministry of Justice has announced.

Justice minister Sir Oliver Heald told an all-party parliamentary group meeting in Westminster yesterday evening that the government ’now considers enough time has passed for the reforms to have bedded in for us to begin the review process’.

The government had promised a review of the Legal Aid, Sentencing and Punishment of Offenders Act 2012 (LASPO) by April 2018. The act, which came into force in April 2013, removed vast swaths of law from the scope of legal aid.

Heald told the meeting that the ministry plans to submit a post-legislative memorandum on LASPO ‘as a whole’ to the justice select committee. This process has to be done by May but Heald said the ministry hopes to do it before then. He added that the memorandum will cover the whole act, including part one.

He said: ‘We will look at how the act has been affected by litigation, the various reviews of legal aid done by bodies such as the National Audit Office and others. This will lead to an initial discussion to the extent to which changes to legal aid met their objectives which is the test for the post-legislative memorandum. Then we will begin work on the full post-implementation review of legal aid.’

Heald said the government intends to work ‘closely and collaboratively’ with other parties. It will outline more detailed plans about the review when it presents the memorandum to parliament.

He added: ‘The memorandum and review will provide us with a robust evidence-based picture of the current legal aid landscape and how it’s changed since LASPO.’

When pressed by Carol Storer, director of the Legal Aid Practitioners’ Group, for more details, such as who will carry out the review, Heald said he wanted to outline the timetable yesterday. But he said the ‘internal’ review will be a ‘collaborative effort’ and ’bring together all the contributors you would expect to assist us on that’.

The government is already reviewing certain aspects of its legal aid reforms, such as evidence requirements in certain domestic violence cases, and employment and immigration tribunal fees.

‘We’re trying to adjust the system to make it as good as it can be, but we’re a limited resource,’ Heald said. 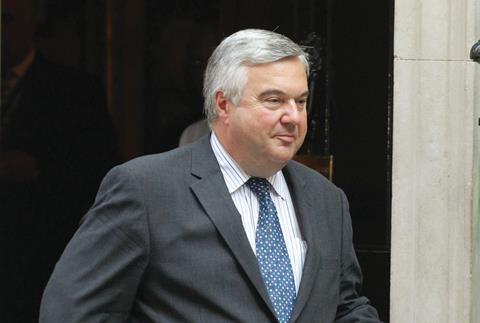 However, Heald said he disagreed with the Law Society about the existence of legal aid housing advice 'deserts'.

Chancery Lane published a shocking infographic last year, which showed that nearly a third of legal aid areas have just one solicitor provider who specialises in housing and whose advice is available through legal aid.

The Gazette has reported on several attempts by the government to urgently plug holes in the provision of housing and debt services due to ‘access’ issues. One practitioner told the Gazette that reliance on sole providers had already created conflicts of interest.

Heald said there are 134 legal aid areas; 35 have one housing provider.

Highlighting the Society’s call that there should be two providers, Heald thought 'that would undermine the current providers in those areas where there is just one provider’.

He added: 'Those providers [will] have a certain volume of work. They have a team and bearing the costs of the team. If you were to divide the work between them and another provider… There is a history of losing providers for [sustainability] reasons. That’s my worry.

'We have got a pattern of support around the country. In most areas there is more than one provider, in some areas there is one. A telephone hotline is also available [and] court duty rotas on the day. I do not want to put those single providers at risk.’