A whistleblowing district judge who went public with her concerns about the justice system will find out tomorrow if her six-year fight to be classed as a worker has been successful.

District judge Claire Gilham is appealing against a 2017 Court of Appeal decision that judges are not workers and are therefore not afforded the same legal protections as whistleblowers. 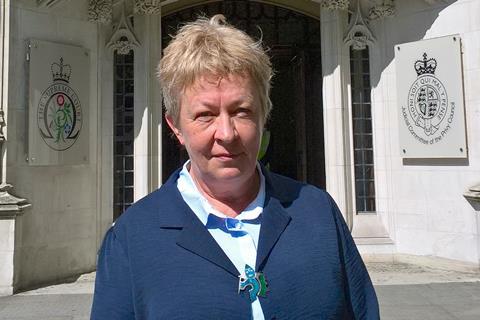 In a two-day hearing in June, the Supreme Court was told that the 'offer' letter made to Gilham for her district judge appointment, and the terms and conditions associated with the post, had 'all the characteristics of an employment relationship'. However, there were no internal arrangements permitting Gilham to make a whistleblowing claim and secure protection in respect to it.

Gilham is being represented by national firm Irwin Mitchell. Solicitor Emilie Cole, a partner in the firm's London-based employment team, told the Gazette: 'My client has always firmly maintained that all judges, office holders and anyone working other than under a formal contract should all have the right to blow the whistle and be protected from harm when raising issues of greater public importance. We are looking forward to receiving the Supreme Court decision.'