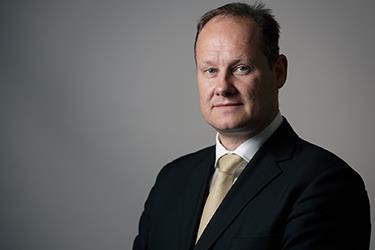 Malone, who joins the CPS from Red Lion Chambers, is the first member of the self-employed bar to be appointed as a Deputy Chief Crown Prosecutor for a CPS area.

He has previously completed a two-year secondment as Deputy Head of the Specialist Fraud Division, overseeing some of the most serious and complex fraud, bribery and corruption prosecutions in the country.

Malone has also been commended by the Bar Council for his high-profile pro bono work protecting victims of domestic and sexual violence.

His new role will see him work with the recently appointed Chief Crown Prosecutor, Lionel Idan, who also made history as the first black male Chief.

Malone commented: 'Red Lion Chambers will always be close to my heart, but the opportunity to work with Lionel once again, and the dedicated London South team he leads, as the country emerges from the pandemic, is not one I can turn down at this critical time for both the Criminal Justice System and the Capital. London is one of the most diverse communities on earth and I am proud to continue serving a community I have lived and worked in for over 25 years in this way.'

He added: 'I have enjoyed every moment of my career as an advocate and I fully intend to continue appearing as an advocate before the Courts, however this new role will also afford me the chance to use that experience to, I hope, positively influence the work of the very large and talented Crown Court team I now head up.'