A Lake District lawyer has returned to Burnetts after five years in the Far East. Solicitor Caroline Redhead was a partner at Burnetts when she moved with her family to live in Hong Kong in 2013. Five years later, she has returned to her role within the firm’s Corporate team. 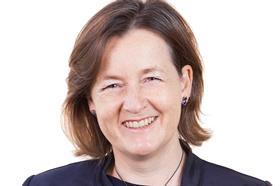 She returns with a focus on data protection (including the latest General Data Protection Regulation) and on commercial and governance issues in the education and charity sectors. Caroline, who has a degree in Chinese and speaks Mandarin, began her career in the corporate/commercial department of Newcastle’s Dickinson Dees (now Womble Bond Dickinson) before her first move to Hong Kong to join Slaughter and May. Outside of work, Caroline is on the Board of Trustees of St John’s Hospice in Lancaster.