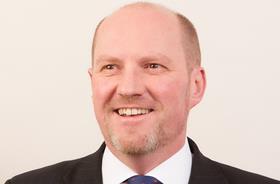 London law firm Howard Kennedy has welcomed Ed John as a partner to the firm’s real estate litigation team, reporting into the head of the team, Amanda McNeil.

Ed joins the partnership from Shoosmiths’ real estate litigation practice, where he held a leading role within the hotels sector group. He has built on his extensive experience advising on commercial real estate matters, on everything from prevention to resolution advice over the years. Prior to Shoosmiths, Ed held roles within the property and trust law team at the Law Commission of England and Wales, City firm Pritchard Englefield (now part of Irwin Mitchell) and held senior roles in the real estate disputes practices at Jones Day and Hogan Lovells.

Ed has a strong track record advising from both a landlord and a tenant perspective across hotel and leisure, office, retail, data centre and business continuity real estate. He also has experience in advising property developers on development disputes and insolvency practitioners in property-related insolvency matters. His skill set fits well with Howard Kennedy’s wider real estate litigation proposition, one of the largest in central London, noted for finding non-litigious ways of resolving potentially litigious issues.

Notable cases Ed has acted in include: