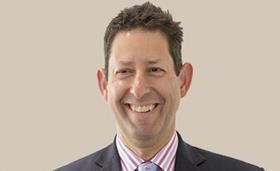 Jonathan joined the firm on 12 June from Dentons, where he was a partner in its London office focusing on large, complex and international M&A deals. He trained at Berwin Leighton and was previously a partner with Salans from 2002 until it combined with SNR Denton to create Dentons in 2013.

He brings to the firm a long and strong track record in complex and international M&A and disposals of both private and public companies, listings on AIM and the London Stock Exchange, and advising on hostile and recommended public takeovers.

He also has a first-class reputation as a UK restructuring specialist, advising on the corporate aspects of restructuring and distressed sales, UK and European real estate deals, and acting for betting and gaming companies.

Commenting on his appointment, Jonathan said: ’I am excited and energised by this opportunity. The firm is collegial, welcoming and friendly, and the corporate group has an excellent reputation with great lawyers. The firm will no doubt allow me to build an even stronger client base to challenge the legal market dynamically.’

Ashley Reeback, partner and head of corporate, Howard Kennedy adds: ’We are thrilled by Jonathan’s decision to join the firm. He has been involved in some high-profile deals in recent years, and has a terrific reputation and client following. He will be a real asset to the team and to the firm, and we look forward to working alongside him.’

Recent examples of Jonathan’s work include: