Travers Smith has announced that Rob Fell has been appointed as the new head of the firm’s dispute resolution department, with effect from 1 January 2018. 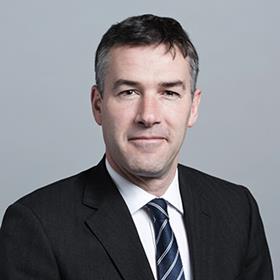 Rob has been a partner in the dispute resolution department since 2008. His practice covers a wide range of contentious work including financial institutions disputes, along with regulatory investigations. He recently led the teams advising the Bank of England on investigations into its own conduct during the financial crisis.

As head of dispute resolution Rob will lead a team of over 60 lawyers. He has succeeded Stephen Paget-Brown, who has led the practice for the past six years, completing the maximum two terms in the role. Stephen will remain a partner in the dispute resolution team and will continue with his other existing responsibilities at the firm.

Travers Smith’s managing partner David Patient said: ’I would like to thank Stephen for his dedication and leadership over the last six years, which have been key to the significant growth and recognised success of our practice. Many congratulations to Rob on his appointment. I have no doubt that our disputes practice will continue to go from strength to strength under his leadership.’

Rob Fell commented: ’Our team has taken a significant leap forward under Stephen’s leadership and is in a markedly different place to where it was six years ago. I am very honoured to have been given the responsibility to build on the excellent work that has been done by Stephen and my fellow partners to put our practice on the map. Stephen will be a very hard act to follow as leader of this brilliant team. I am excited at the prospect of working alongside him and the rest of my talented colleagues as we take our practice to the next stage of its development.’