Phil Wilding has been named as managing partner of regional law firm Wright Hassall after Sarah Perry – who has been in the role for the past six years – announced her decision to step down. 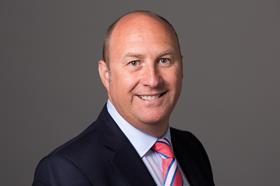 Wildling has been with Wright Hassall for 10 years, as a partner and head of debt collection. For the past two years he has overseen the employment, commercial, litigation, business immigration, private client, debt recovery, matrimonial and corporate teams.

He commented: 'I would like to put on record Wright Hassall’s gratitude to Sarah for her service over such a long period of time. To have risen from trainee to become Managing Partner is a huge achievement and a testament to her abilities and determination.

'I am immensely proud to have been asked to take on the role at what is such a crucial time for Wright Hassall. We are celebrating our 175thanniversary, have a hugely talented team and, are extremely well placed to grow the business.'

Perry, who has been with Wright Hassall for 32 years and rose from trainee to be one of the first female managing partners of a major law firm, will leave the firm at the end of the year.

She said: 'I have been very proud to have worked for Wright Hassall, to have led the firm for the last six years and for the firm to have achieved so much. I am very grateful for all the support I have received from everyone across the firm which has allowed us to do some great things.'