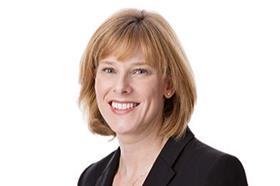 Baldwin has extensive experience in the organisation management of large organisations. She has attracted regional-sized clients to Lyons Bowe, which managing director Paul Lyons notes has resulted in her being a large contributor to the growth of the firm’s profile within the business community.

Lyford, who joined Lyons Bowe two years ago, developed the firm’s private client team in her role as head of the department - a position in which Lyons says she has shown 'tremendous leadership'.

Lyons added: 'Sarah and Elsie have worked very hard over the years to help Edward and I develop the firm and the services that we provide.

'This promotion is the start of a very exciting time for us as a firm.

'I want to say well done to both Sarah and Elsie, I am very proud of both of them as colleagues and as friends, and I very much look forward to working with them both in their new capacities.'