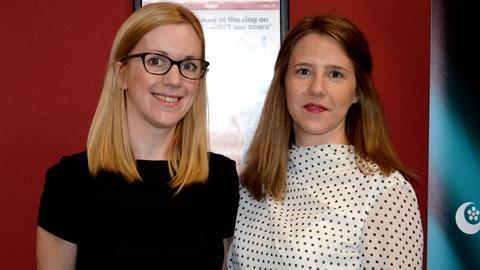 The promotions come as part of the firm’s strategy to deal with changes brought in by the whiplash reforms next year.

Kirkby joined Express Solicitors as part of its first new client team in 2007 and has worked her way up to the position of partner in the employers’ liability department and then head of RTA, where she will lead a team of 53 fee earners and support staff.

Joining the firm two years ago, Price worked as an associate solicitor in the occupiers’ and public liability department before being promoted to associate partner, which includes a move to the RTA department.

Express Solicitors has undergone a reorganisation of its RTA department in preparation for changes in legislation in April 2020, which will see a tariff system for whiplash claims introduced, settlements without medical evidence banned, and the small claims threshold raised to £5,000.

Commenting on her promotion, Kirkby said: 'I’m delighted to have achieved my goal of becoming a partner and head of department at the firm, which was something I was told was possible at the very beginning when I started out in the new client team.

'Heading up the RTA department following the whiplash reforms will be challenging, but we have prepared for them as much as possible and will adapt when they come to ensure claimants continue to get the justice they deserve when they’ve been injured in an accident that wasn’t their fault.'

Express Solicitors' managing partner James Maxey said: 'It is a policy of the firm to promote from within, where possible, in order to reward those lawyers who’ve shown commitment, tenacity and expertise.

'These current promotions have been part of our strategy to protect the department against the dramatic reforms that will be brought in next year. In Kimberley and Rachel, we have two experienced lawyers with the skills to guide the team through these challenging times.'