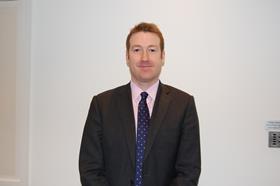 Alistair is a well-recognised M&A and private equity practitioner, with a broad client base and experience across a variety of sectors including industrials, technology, retail, media and entertainment.

He will work closely with Tim Hewens and the rest of the London team including Mark Spinner, Russell Van Praagh and Greg Leyshon along with the other seven Private Equity Partners practising in Osborne Clarke’s other UK offices.

Mark Spinner, senior partner and private equity team leader at Osborne Clarke in London, said: ’Al is an experienced and ambitious PE practitioner, with a strong track record of deals and good relationships that we are keen to capitalise on. Having worked with Tim and Alistair on the other side of a number of deals, I know they are an outstanding team and we are really happy to have them both on board.’