International law firm DAC Beachcroft LLP has announced the appointment of Andrés Amunátegui (pictured) as head of Latin America. Andrés has been with DAC Beachcroft since 2012 as the lead partner of the firm’s Chile office, spearheading growth in insurance and reinsurance both locally and internationally. 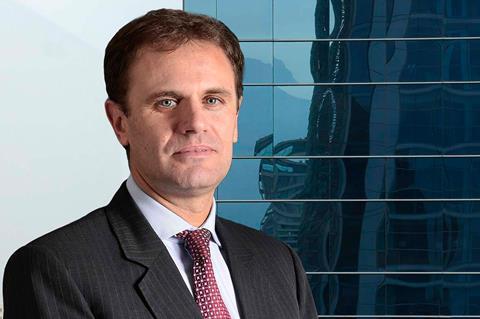 He has been a driving force in the growth of the firm’s Latin American platform during the last five years, most recently with December’s association agreement with López Saavedra & Villarroel Abogados in Argentina. That move means DAC Beachcroft now has a footprint in 11 separate jurisdictions in Latin America.

Andrés has advised a host of significant clients in the market on property, casualty, liability and financial institutions related claims, including loss adjustments control and judicial procedures as well as complex arbitration proceedings.

An important part of his new role as head of Latin America will be to underline DAC Beachcroft as the go-to law firm for advising on and solving disputes between local and international markets. He will also oversee quality control for the firm’s portfolio in the whole of Latin America, interacting with and assisting teams across the region in simple or complex claims and ensuring an effective flow of information between those offices and the rest of the international network.

In addition, 2018 has already seen the arrival of new partners, Mark Kendall and Duncan Strachan, who have joined Global London with their team from Sedgwick LLP.

DAC Beachcroft Managing Partner, David Pollitt, said: ’As the way our clients do business has evolved in Latin America, so too our own strategy has developed, mirroring the way they organise themselves by regional claims work. With Andrés at the helm, our Latin American network is in extremely good hands and can continue to provide the high-quality service and sustainable value our clients always expect from us.’