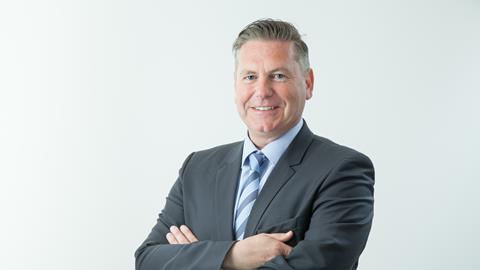 Ian Peach, head of residential property at law firm Coffin Mew, has been promoted to partner.

A seasoned property practitioner, Ian has worked in the South Coast market for nearly 30 years and joined Coffin Mew in 2014. He has personally handled thousands of house moves for clients, but has focussed on leading Coffin Mew’s residential property team since joining the practice – earning award recognition on numerous occasions.

Coffin Mew continues to grow as a major legal force across the south, following its successful merger with Charles Lucas & Marshall earlier this year.

Miles Brown, CEO of Coffin Mew: ’Our property division continues to go from strength to strength and Ian’s appointment is exactly what is needed to consolidate the ongoing success of the team. Ian heads up a busy team of 22, specialising in all aspects of selling, buying and transferring ownership of property, where his wealth of experience is invaluable.’

Ian is a keen scuba diver outside of work, having qualified as a PADI Divemaster with more than 1,500 dives under his belt.