Skipton legal stalwart Mewies Solicitors has announced that Angela Green has joined the board of directors. Angela, who qualified in 1998, joined the firm in December 2014 as head of family law. Angela has over 20 years’ experience specialising in divorce, children and the financial matters surrounding relationship breakdown. She is also a qualified mediator.

The law firm recently announced that it had left the QualitySolicitors network and incorporated, with both changes taking effect on 1 May 2017. Angela’s appointment followed shortly afterwards on 8 May. Angela joins the company’s three existing directors on the Board. The law firm which was first established in 1960 operates from Clifford House on Keighley Road in Skipton and employs a total of 28 staff. 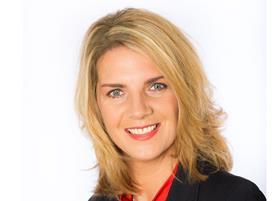 Director Justin Birch said of Angela’s appointment, ’My fellow directors and I are delighted to announce Angela’s appointment to director. Angela has demonstrated her tenacity and hard-working nature and the family department has significantly developed in the time that she has been with us. Angela richly deserves this recognition and I have no doubt that she will continue to be a tremendous asset to the company.’

Angela lives with her husband and two children and enjoys running, going to the gym, camping and skiing in her spare time. Angela commented, ’I am thrilled to have become a director of the business. I have always had a keen interest in business management so to combine this with my legal and mediation skills is the icing on the cake. I love working in Skipton and am passionate about doing my very best for clients who by their very nature when they come to see me are going through a difficult and stressful time in their lives.’