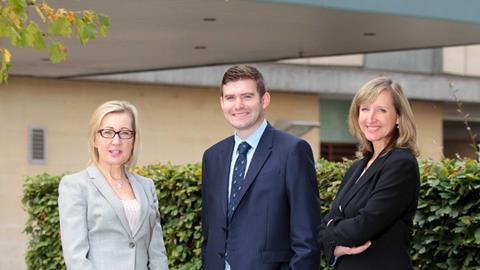 The Gloucestershire-based commercial law firm now has two new equity partners and a new associate solicitor, after awarding the promotions at the start of October.

Elizabeth Saunders and Lisa Gettins have both been promoted to equity partners.

Lisa joined the firm five years ago as partner and head of the employment team and has taken the department from strength to strength, providing her team with leadership, encouragement and organisation.

Elizabeth joined BPE just over two years ago, to head up a brand new family team. Liz is a driver and natural leader – and has made a major contribution to the growth of the BPE family and private client services offering.

Douglas Armstrong has been promoted to associate solicitor. Doug, who works in the firm’s property team is well recognised as hard-working, reliable and popular with clients and referrers alike and the promotion is recognition of his hard work.

John Workman, senior partner at BPE, said: ‘As a firm we are dedicated to bringing through people with talent, drive, commitment and character. I’d like to congratulate Lisa, Liz and Doug on their thoroughly deserved promotions and look forward to seeing them thrive in their new roles.’