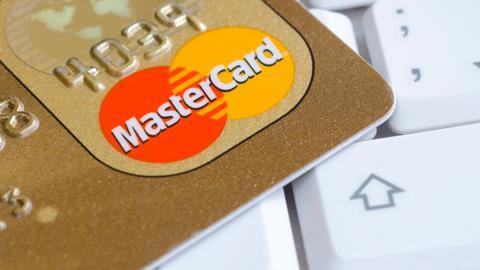 Class action lawsuits used to have an image problem. Too big and too American, they were accused of fuelling an ambulance-chasing legal culture and filling the pockets of opportunistic lawyers. Over the past 12 months, however, the mood has altered. Despite the size and unruliness of their cases, large claimant groups are making headway in the English court system, while litigation funding is shrugging off its champertous past and flying the flag for social justice. As more mega-claims hit London courts, however, the practicalities of how group litigation is managed and paid for need to keep up with changing attitudes – or risk undermining the model’s new-found reputation.

This year has seen a series of judgments in favour of mass action. This week, a lawsuit agaist Mastercard brought on behalf of 46 million consumers was certified to proceed to trial, after originally being dismissed by the Competition Appeal Tribunal. In July, the Court of Appeal agreed to reopen a £5bn claim brought by 200,000 Brazilians against mining giant BHP. The case was previously denounced as ‘irredeemably unmanageable’. Meanwhile, British Airways succumbed to the pressure of collective redress last month, settling a case brought by 16,000 claimants in the wake of a major data breach.

‘Judges are generally becoming more receptive to group litigation,’ says Tom Goodhead, managing partner at class action specialist PGMBM. ‘Although it's not necessarily reflected everywhere in the judiciary. At first instance there are some judges who are more old-school and who view this litigation as something which can be very difficult to manage – or even a bit distasteful.’

The same goes for third party funding. ‘Litigation funding used to be a bit of a dirty word, based on the idea that the cases were just brought by funders to fill their pockets,’ says Andrew Nugent Smith, managing director at Keller Lenkner UK. ‘But now there’s a recognition that for these collective redress cases to work, litigation funding is essential and therefore litigation funding is an important tool for access to justice.’

‘A lot of people express concern about irresponsible litigation funding, and that litigation funders are just fuelling compensation culture,’ Nugent Smith adds. ‘But what you have to remember is that most litigation funding is done on a non-recourse basis. It's not in the interest of funders to put money into speculative claims.’

While attitudes to class action lawsuits may be changing, the rules that govern such cases risk lagging behind. Part 19 of the Civil Procedure Rules – which concerns parties and group litigation – ‘hasn’t really kept pace with the changes in litigation', says Goodhead, meaning cases are being held up.

Competition between legal teams fighting to represent claimants is a particular sticking point. ‘In the US, Canada and Australia there are mechanisms to resolve that and there’s a lot of cooperation generally between the lawyers,’ says Goodhead. ‘Whereas in the UK, because traditionally few firms have done this type of work, there are some difficulties about who will carry the case.’

This issue came to a head in a Supreme Court dispute between Harcus Sinclair LLP and Your Lawyers Ltd. Your Lawyers approached Harcus Sinclair in 2016 to suggest collaborating on group action against Volkswagen. Harcus Sinclair agreed, signing a non-disclosure agreement which included a non-compete clause. After signing, however, Harcus Sinclair recruited claimants for its own action, issued its own claim form, and began working with Slater and Gordon.

Will the rise of class actions result in more spats between solicitors? ‘Generally I’ve got extremely good and collegial relations with a number of other claimant law firms,’ says Goodhead. ‘I would hope that [disputes] don’t become more frequent. But there is a risk that they will, and it’s why there needs to be stronger procedural mechanisms in the courts.’ Tension between solicitors is not only generated by competition for lucrative work; large City practices are also said to be ‘utterly hostile’ to group action firms, under the instructions of their corporate clientele.

How mega-claims are managed is one issue that needs addressing, therefore. Perhaps more important, though, is how they are paid for. Third-party funders are keen to flash their access-to-justice credentials, and it is true that their money enables cases to be brought which would otherwise never make it to court. (Mass actions have proved eye-wateringly expensive, with Mastercard claimants submitting a costs budget of £32.5m).

On the other hand, it leaves an undeniably sour taste when worthy claimants lose hefty chunks of their damages as part of their funding deal.

This is not necessarily a criticism of the funders. Litigation is risky and the capital – which largely comes from hedge funds, private equity and other institutional investors – is expensive. ‘I think litigation funding gets unfairly criticised,’ says Tets Ishikawa, managing director of LionFish, the litigation funding subsidiary of listed RBG Holdings plc, which also owns litigation specialist Rosenblatt. ‘Litigation funding pricing is not actually out of line with many other financial markets. It’s just the notion of it that’s different.’

However, there is scope for more sophisticated funding models – which could lead to better outcomes for claimants. ‘What’s going to enable the growth of the market is the fact that we can run a broader range of cases because we’re structured in a more financially subtle way,’ says Ishikawa. ‘As a fund manager, if you’re investing someone else’s money and you get a bit of the profit you make for them, you have to do some pretty big cases to make it worthwhile. Whereas Lionfish is a principal investor which means we invest money off our own balance sheet, so we can do a small deal. If we lose it, it’s our money that we lose. But if we win, it’s our profit to keep.’

Lionfish’s model, which funnels income off the group’s own balance sheet into third-party court cases, is largely untested. The business is still young, and other firms have yet to adopt a similar approach. However, as climate change, environmental disasters, data breaches and emissions scandals spark more mega-claims - and more firms and funders enter the market - perhaps change is in the air.