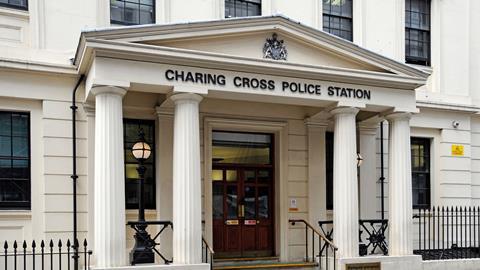 With police stations under pressure to provide remote communication channels between solicitors and their clients, concerns have been raised that calls are being monitored

Solicitor Julian Young needed to speak to his client, who was detained in the cells at Charing Cross Police Station, ahead of a remote court hearing. The police station rang him to patch him through. Just as the call was being transferred, Young heard what sounded like a pre-recorded message informing him that the call may be monitored.

That message has fuelled concerns about whether or not police can overhear what are supposed to be private calls between lawyer and client at a time when physically visiting a police station or court is not always possible due to the Covid-19 pandemic.

Young, a consultant at national firm Tuckers, warned his client that for some reason the call may be monitored and to take care when answering questions. The solicitor, who is also president of the West London Law Society, raised his concern in open court and to the chief magistrate.

The Gazette understands he is not the only solicitor to be concerned about the potential for police to monitor or overhear calls. Young said he and others have been horrified – especially at a time when a protocol had been agreed between police forces, the Crown Prosecution Service, the Law Society and practitioners’ groups to limit physical attendances at police stations.

Young added: ‘This state of affairs strikes at the heart of the principles of privacy and confidentiality between a solicitor and client. It not only has ramifications for criminal cases, but also for family and civil lawyers when a client is in a police station.’

The Police and Criminal Evidence Act 1984 states that a person arrested and held in custody in a police station or other premises shall be entitled, if requested, to consult a solicitor privately at any time.

The Gazette asked the National Police Chiefs’ Council if there was any potential for calls between lawyers and clients taking place via a police station line to be monitored. We were told the NPCC is not an operational police force and we would have to speak to the force in question.

When asked whether Young’s calls – or indeed any calls between lawyer and client via the police station – are or can be monitored, the Metropolitan Police said the private consultation process has been a challenge since its Covid-19 response position was initiated. During this time, it had 21 operational custody suites. Some are modern, with private phone booths, others are older with various telephone options. ‘It should be noted that they were not designed to facilitate lengthy private conversations with legal representatives,’ the force said. ‘The standard method would have been that the phones were used for a short, initial exchange before the representative attended the station in person to take detailed instruction.’

The Met said options were discussed with HM Courts & Tribunals Service and multi-agency working groups. A series of temporary measures was agreed until a ‘technical solution’ was in place.

The temporary measures included phone booths and phones with hoods attached to the wall in custody suites. The Met said: ‘Before the defence representative spoke to their client they had to be made aware that the phone was in the public domain, was not recorded but what their client said could be overheard. Solicitors were advised that if they wished to attend in person they would be welcome, subject to the same risk triage process as with all entrants to the controlled area, and provided with personal protective equipment.’

The Met has since purchased mobile phones, Bluetooth headsets and speakers to enable private consultations. ‘The detainee is given the headset or speaker and the mobile phone is retained by the staff member. This is allowing the private consultation to take place without the detainee having the temptation to use the device for other means,’ it said.

The phone is held by an officer or a dedicated detention officer.

Young has also flagged up his concerns to the Law Society. A Chancery Lane spokesperson said: ‘It is fundamental to the integrity of the criminal justice system that clients can have strictly confidential discussions with their lawyer. We are seeking urgent discussions with the police to ensure that this confidentiality cannot be compromised.’