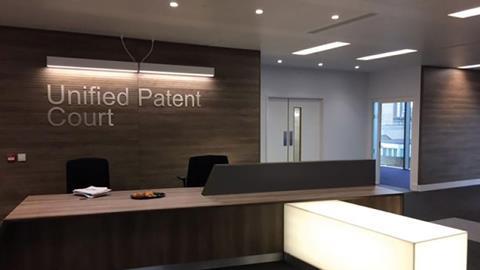 A German ruling to void membership of the Unified Patent Court highlights the fragility of supranational institutions. But is the UK ready to take advantage of this window of opportunity?

A small footnote to histories of the 2020 crisis may record that the year marked a turning point in expansion of a supranational justice system. The bellwether institution was not concerned with disputes involving war or environmental catastrophe, but with the arcane world of intellectual property.

Last week, Germany’s constitutional court, the Bundesverfassungsgericht, ruled that the 2017 parliamentary measure approving membership of Europe’s Unified Patent Court (UPC) is void. In a majority ruling on a complaint brought by a Dusseldorf patent lawyer, the court found that the measure had the effect of transferring sovereign powers to the proposed 25-state court. The federal republic’s Basic Law requires any such transfer to have a two-thirds majority of Bundestag members. The supposedly non-controversial technical measure was nodded through unanimously – but by only 35 members of the 700-seat assembly.

‘Conferring judicial functions while superseding German courts results in a substantive amendment of the basic law,’ the Bundesverfassungsgericht declared. ‘Thus, the Bundestag did not effectively pass the act of approval. It is void.’

In itself the ruling does not kill the UPC or the Unitary Patent it is supposed to regulate. In theory, Berlin could do as Boris Johnson did after the Supreme Court’s ruling in Miller and go back to parliament for a lawful majority. However the ruling comes just weeks after Downing Street indicated that the UK would not seek participation in the UPC, again on the principle of transfer of powers: the agreement establishing the court gives the CJEU a role in resolving appeals involving questions of European law.

Democracy is fundamentally and necessarily national. Supranational institutions cannot be made accountable in the same way. National identities are powerful and becoming more so

Germany and the UK are two of the three nations required to ratify the agreement for the court to come into being. Again, in theory they could be replaced by Europe’s next largest patent powerhouses, Italy or the Netherlands, but the momentum is lost. Even in France, the one member of the triumvirate to have ratified, the mood for European integration has changed greatly since 2014 when the Assemblée Nationale nodded approval through.

Whether the blow is fatal or not, Law Society president Simon Davis points out that the setback gives the UK a chance to step into the gap by investing in its own well-regarded patent litigation system, especially by appointing more technically qualified judges. This could be achieved by using the money and even the premises allocated to the London arm of the UPC, to help the UK remain a highly favoured jurisdiction for the resolution of patent disputes.

‘There is a crucially important window of opportunity to make this investment before the UPC is off and running,’ Davis said. ‘By increasing training, recruitment and by appointing more technically qualified judges to hear patent litigation matters, the UK could sustainably bolster its jurisdiction on the world stage.’ This would seem a worthwhile investment for UK industrial strategy; perhaps more so than chucking titbits of grants at fashionable targets such as artificial intelligence. 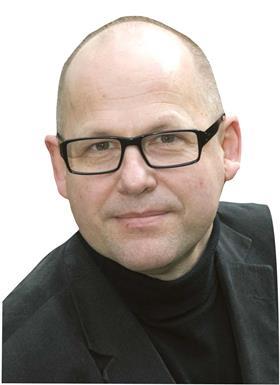 But in the longer term, the significance of the UPC collapse could be profound. It may be tempting to postulate that the demise of a highly technical institution, of which few will have heard, is irrelevant to the bigger picture. But this is exactly why it is worrying: few areas of justice are more suited to cross-border dispute resolution than intellectual property law. If the urbane global IP community is unable to get its own international court through national legislatures, what hope is there for more fractious sectors?

Even in the IP world, national sentiments run deep. In retrospect the warning signs were there from the beginning, when otherwise Europhile Croatia, Poland and Spain refused to sign up to the UPC. Spain did not like the choice of working languages, an objection also initially raised by Italy, while Croatia and Poland, not unreasonably, feared that the institution would be dominated by IP heavyweights.

In a speech on the future of the constitution at King’s College London earlier this month, former Supreme Court justice Lord Sumption reminded us of the fragility of supranational institutions. ‘Democracy is fundamentally and necessarily national,’ he said. ‘Supranational institutions cannot be made accountable in the same way. National identities are powerful and becoming more so.’

The failure of the high-minded effort that went into creating the patent court that failed to sit would seem to bear Lord Sumption out.