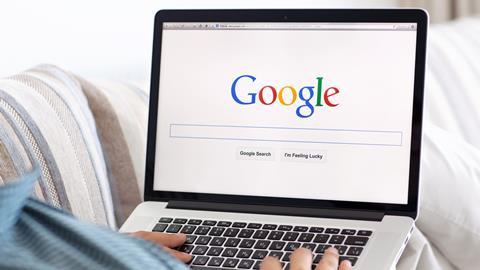 News focus: Where next for mass claims?

The Supreme Court’s ruling in Lloyd, blocking a multi-billion-pound claim against Google, exposes the lack of legislation providing redress in mass claims. But CPR 19.6 could offer a way forward

More than four million people may have lost the prospect of receiving £750 each after the Supreme Court last week blocked a multi-billion-pound claim against Google for alleged data protection breaches. But the landmark ruling in Lloyd v Google, dismissing a proposed £3bn claim on behalf of iPhone users, has wider ramifications for mass representative claims (currently) beloved by litigation funders.

Of course ‘class actions’ do not exist as such in England and Wales: mass claims can be brought via a group litigation order, collective proceedings (but only in competition law) or, as in Lloyd, a representative action.

The rationale for preventing US-style class actions is understandable. The procedure is said, for example, to encourage lawyers to tout for potential claimants. The idea that claimants could be party to litigation without even knowing of its existence, as in the ‘opt-out’ procedure, and still be bound by orders of the court is equally unsettling.

However, the Supreme Court’s ruling, described by one lawyer as ‘a missed opportunity to send a powerful message to the big tech companies’, was not founded on the premise of whether ‘class actions’ were a good or a bad thing.

Lloyd was not even about whether class actions had a place in the civil justice system of England and Wales. As Lord Leggatt pointed out, in 2009 the government rejected the Civil Justice Council’s recommendation to introduce a generic class action regime and favoured a ‘sector-based approach’. The only sector, so far, to have such a regime is competition law.

The crux of Lloyd was rather whether section 13 of the Data Protection Act 1998 – the statute in force at the time of the alleged breach – allowed for compensation to be awarded for the ‘loss of control’ of personal data, without the need to prove a claimant suffered any material damage or distress.

Leggatt was clear: ‘An individual is only entitled to compensation under section 13 where “damage” – or in some circumstances “distress” – is suffered.’

But, as ever with rulings from the UK’s highest court, the devil is in the detail, and it is not all bad news for potential claimants. The representative claim procedure, provided by CPR 19.6, has effectively been endorsed.

It is not a bar to a representative claim, the court held, ‘that each represented person has in law a separate cause of action nor that the relief claimed consists of or includes damages or some other monetary relief’.

Richard Lloyd himself is entitled to bring a claim against Google ‘which has a real prospect of success’, Leggatt said. Whether it makes sense for him to pursue a tech giant with a multi-billion-pound turnover for less than £1,000 was another matter – and that, in a broader context, is now a matter for parliament.

Parliament introduced collective proceedings for breaches of competition law in 2015. Lloyd’s solicitor, James Oldnall, managing partner at claimant firm Milberg, told the Gazette the recent success of the regime was ‘exciting’, but it has been slow going.

Only three collective proceedings orders have been granted, two of them in the past three months. The third, a mammoth £14bn claim against Mastercard, was granted only after it went to the Supreme Court and back over the course of nearly five years. Even where parliament has legislated for something approaching class actions, redress is still not easy to come by.

The impact of the Supreme Court’s ruling in the short term is probably that similar mass data protection claims are unlikely to be pursued, certainly not with the backing of litigation funders – whom Google’s lawyers said will not now have ‘any appetite’ to bring such claims. Similar actions against TikTok and Facebook, apparently encouraged by the Court of Appeal’s more permissive approach in Lloyd, may well struggle to get backing.

Leggatt said Lloyd illustrates how ‘the development of digital technologies has added to the potential for mass harm for which legal redress may be sought’. A ‘detailed legislative framework’ to provide redress in these circumstances would be ‘preferable’, he added. Perhaps it is time for the ‘sector-based approach’ to move beyond a single sector.