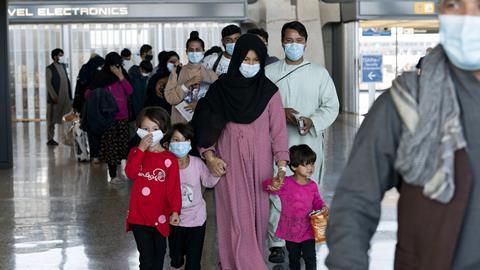 Afghan judges can relocate to the UK, Buckland confirms

Afghan judges are eligible to relocate to the UK due to their close work with the UK government and immediate threat to safety, the lord chancellor has confirmed.

Several leading voices in the profession, including the profession's representative bodies and former Supreme Court president Baroness Hale, have expressed concern for the safety of judges, particularly women judges, who are now under Taliban rule.

In a letter yesterday to Lord Carlile of Berriew CBE QC and Lord Anderson of Ipswich KBE QC, both former independent reviewers of terrorism legislation, Robert Buckland said he aimed to do all he can to protect Afghan judges ‘in recognition of their dedication to establishing and protecting the rule of law in the country’.

Buckland said: ‘Legal professionals in Afghanistan have done this in the face of risks to their personal safety and that of their families, with particularly grave risks to the lives of female members of the judiciary and it is right that we do what we can to help them.

‘The government is currently working at pace with international partners to develop a system to identify those most at risk and resettle them. I have been working with cabinet colleagues and can confirm that members of the Afghan judiciary are among those eligible to relocation to the UK as a result of their close work with the UK government and the immediate threat to their safety.

‘I have been in contact with the home secretary about the situation and my officials are working closely with the Home Office and other colleagues on the government’s plans for supporting this vulnerable cohort of judges and legal professionals.

‘This remains a fast-moving situation of the utmost importance, and I hope to have further information to update you in due course.’

Law Society president I. Stephanie Boyce said she was pleased that the government has responded to calls by Chancery Lane and other legal organisations to provide sanctuary to Afghan judges by including them in the ARAP (Afghan Relocations and Assistance Policy) scheme.

She said: ‘This is excellent news as we consider Afghan judges – particularly women of whom there are around 270 – to be at grave risk from the new Taliban regime. There are also women lawyers and prosecutors, including those who have put members of the Taliban in jail for terrorist and other offences, whom we consider to be at particular risk. We understand they may be eligible too, although outside of the ARAP scheme, and emphasise that they should receive safe passage and resettlement.

‘All of these women have significantly contributed to the rule of law in their country and to the UK government’s objectives of counterterrorism over the last two decades, at great risk to themselves and their families. The UK government can only seek to repay that debt by granting them the safety and support they need.’

The Home Office told the Gazette yesterday that judges are eligible to apply for the ARAP scheme, which was launched in April to resettle Afghan nationals who have supported British efforts in Afghanistan.