‘Chance to get ahead’: Undergrads to take SQE course

Undergraduates in Southampton will start preparing for the Solicitors Qualifying Exam before they graduate, as universities adapt to the new qualification regime.

Solent University will offer third-year law students the option to take a SQE preparation course as part of their degree. The university, which is based in Southampton city centre, has partnered with the College of Legal Practice to deliver the digital programme, which will prepare students for the multiple-choice assessment. 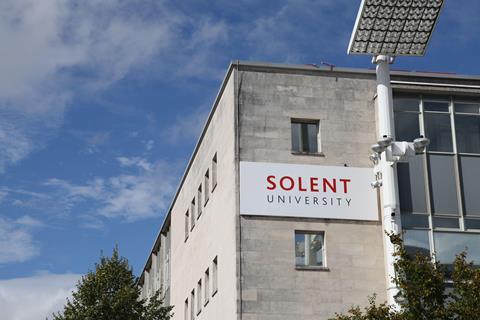 Solent University: Students will be offered SQE module to accelerate their solicitor training

Solent Law School will fully fund the module for students as part of the LLB degree and those who do not want to become solicitors can choose from a range of other modules.

Dr Giles Proctor, chief executive of the College of Legal Practice said: ‘Solent clearly recognise the value of the SQE, offering their students a chance to get ahead of the competition. Our SQE1 preparation module is ideally placed to ensure their students can successfully pass the SQE and begin their pathway to becoming a solicitor.’

Earlier this month, the Law Society called for on the government to devise a loan system for students taking the SQE, warning that candidates from less privileged backgrounds could face a ‘significant barrier’ to the legal profession.