A former civil service lawyer with less than two years' experience at the Court of Appeal has been appointed to the Supreme Court, doubling the number of women sitting on the bench. 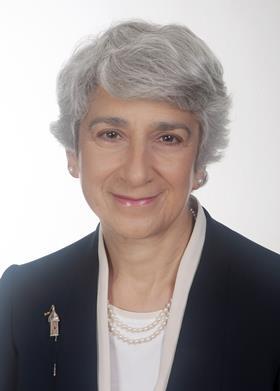 Legal commentators were quick to commend the court for recruiting outside the usual catchment area. 'This is true diversity: a former civil servant, not a QC, with a breadth of experience that few can match,' Gazette columnist Joshua Rozenberg observed.

Dame Vivian Rose was called to the bar in 1984 and practised at Monckton Chambers for a decade. She was appointed standing counsel to the Director General of Fair Trading in 1992. She left private practice in 1995 to join the Government Legal Service, where she served as a legal adviser on financial services at HM Treasury until 2001. The following year she was appointed to the senior civil service and moved to the Ministry of Defence as director of operational and international humanitarian law. From 2005 to 2008 she was seconded to the Office of Counsel to the Speaker of the House of Commons.

Her judicial career began in 2006, when she was appointed a fee-paid chair of the Competition Appeal Tribunal. She became a recorder in the criminal jurisdiction in 2010 and was sworn in as a High Court judge three years later. She was president of the Upper Tribunal (tax and chancery chamber) between 2015 and 2018 before heading to the Court of Appeal in 2019.

Supreme Court president Lord Reed said: ‘We at the Supreme Court are delighted that Lady Justice Rose will be joining us as a justice and look forward to welcoming her to the court in April. Having spent a substantial part of her career working in government and parliament, LJ Rose will add significantly to the diversity of experience on the court. Her outstanding legal ability and breadth of experience will be invaluable in maintaining the high quality of our judgments and our reputation as an international centre of legal excellence.’