The government has today followed up on its 2019 manifesto commitment to end the ‘abuse’ of judicial review by announcing the launch of an independent review to be chaired by a former Conservative justice minister.

Lord chancellor Robert Buckland said judicial review protects citizens from an ‘overbearing state’. The independent review ‘will ensure this precious check on government power is maintained, while making sure the process is not abused or used to conduct politics by another means’.

Latest civil justice statistics show that the Ministry of Justice had the most judicial reviews lodged against any department or public body in 2019: 1,100, down 7% on 2018. The Home Office had the second largest number - 976, down 17% on 2018. Of the 3,400 judicial review applications received last year, 1,600 were civil immigration and asylum applications, 1,600 were civil (other) and 170 were criminal.

For the review, a six-strong panel will consider: whether the terms of judicial review should be written into law; whether certain executive decisions should be decided on by judges; which grounds and remedies should be available in claims brought against the government; and any further procedural reforms such as timings and the appeal process. 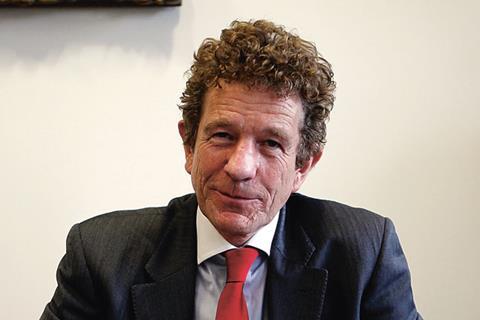 The panel will be chaired by Lord Faulks QC (Edward Peter Lawless Faulks), who served as a justice minister under David Cameron from January 2014 until July 2016. Parliament’s website states that he has been non-affiliated since 30 July 2019.

Faulks said: ‘I am delighted to have been asked to chair the Independent Review of Administrative Law. The panel will bring a wide range of experience and opinion to this important subject. Together we will examine judicial review and the need to strike a balance between the right of citizens to challenge government through the courts and the elected government’s right to govern.’

Harlow is an Emeritus professor of law at LSE. Sachdeva is chair of the Constitutional and Administrative Law Bar Association. Page’s previous roles include specialist adviser to the Scottish Parliament’s Scotland Bill committee. Barrister Colquhoun specialises in planning and environmental law. McBride is a fellow of Pembroke College, Cambridge.

The ministry says the panel will report back later this year. Any recommendations will be considered by Buckland and Michael Gove, chancellor for the Duchy of Lancaster and Cabinet Office minister.

Law Society vice president David Greene said there are already strict rules governing when and how a review can be brought which, in practice, present significant hurdles. 'The Law Society takes a strong interest in this work and the consequences it may have for both access to justice and the rule of law. The panel should consult fully with the wide range of legal practitioners who help citizens to undertake these important challenges,' he said.

Dr Joe Tomlinson, research director at Public Law Project, told the Gazette: 'Judicial review exists to help ensure that public authorities act lawfully and that citizens are treated fairly and according to the law. Any process of reform is, therefore, a very serious undertaking.

'It is right that the government has highlighted the importance of examining data and evidence as part of this review. There is, however, at present a notable deficit in relevant, authoritative data about judicial review, both in terms of procedure and judicial decision-making.

'Evidence-based policymaking – for which this government has repeatedly stated its support - demands high standards in terms of evidence and data, and requires serious reflection and consideration, particularly where it relates to issues of such constitutional significance. It will be important that this process of reform identifies where evidence gaps exist and ensures that steps are taken to acquire the necessary data.'

The choice of a former Conservative minister to chair the independent review has attracted some adverse comment on social media. The Secret Barrister tweeted: 'Lord Faulks QC was the right-hand minister to Chris Grayling at the MoJ from 2014, when legal aid was obliterated and Grayling was attempting to restrict judicial review, branding it “a promotional tool for left-wing campaigners”.