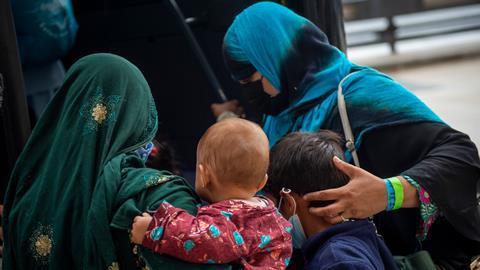 A law firm is preparing to file an application to judicially review the government over efforts to help vulnerable Afghan judges.

Mail Online reported that a slew of legal cases will be lodged this week urging courts to overturn a decision not to allow Afghan judges to come to the UK.

Mishcon de Reya has asked the government to issue visas for the firm's client, a member of the Afghan judiciary, and the client's family immediately. The firm says their lives are in danger and they are entitled to visas under the Afghan Relocation and Assistance Policy scheme. Should visas not be issued, the firm will seek a judicial review.

The firm, which is acting pro bono, has not yet lodged an application with the court. Mishcon partner Maria Patsalos told the Gazette: 'It is not too late for the government to step in and do the right thing, especially as we have seen in recent days they have been able to assist other Afghan citizens in similar life-threatening circumstances.'

Mishcon warned last month that it could go down the route of judicial review. It said at the time that it was gathering further evidence to reject claims by government representatives that their Afghan clients are not eligible for visas and could issue a judicial review should their applications be refused again. The firm said government lawyers had repeatedly failed to offer helpful responses to a previous request to issue urgent visas. Officials either stated the need to apply to visa routes not yet open, or stated that visas could not be granted as applications should be made at visa application centres in Afghanistan, which the firm said were closed due to the Allied evacuation.

In August, the Home Office told the Gazette that judges were eligible to apply for the Afghan Relocation and Assistance Policy (ARAP).

A government spokesperson said this week: ‘All applications for relocation under the ARAP scheme are considered in line with eligibility criteria.’

The Afghanistan Citizens Resettlement Scheme, which will prioritise those who have assisted UK efforts in Afghanistan and who face a particular risk from the Taliban, has yet to open.