Lord chancellor Robert Buckland has revealed that the government is to commission an independent review of the Human Rights Act.

Buckland was responding to a letter from solicitor Harriet Harman MP, chair of the joint committee on human rights, about media reports that the government was planning to opt out of major parts of European human rights law. 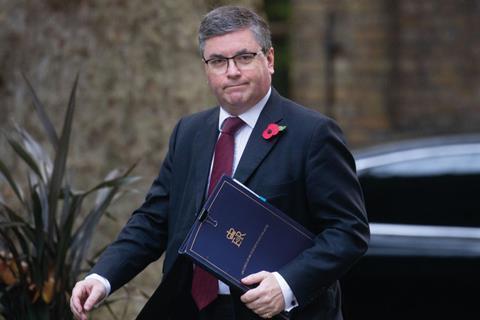 Buckland said the UK remained committed to the European Convention on Human Rights (ECHR) and would continue to fully abide by its obligations.

‘As set out in our manifesto, the government will look at the broader aspects of our constitution including the balance between the rights of individuals and effective government. This includes a commitment to updating the Human Rights Act 1998. We will announce further details on an independent review into the operation of the [act] in due course,’ he said.

Harman was told that the independent probe of judicial review, which is being chaired by former Tory justice minister Lord Faulks, will report its findings and options for reform to the government by the end of the year.

Buckland said none of the proposals in the Overseas Operations (Service Personnel and Veterans) Bill, which had its second reading last month, would erode the rule of law or prevent armed forces personnel or the Ministry of Defence from being held to account.

The bill, which imposes new time limits on veterans bringing person injury claims against the Ministry of Defence, will now be scrutinised by the public bill committee.

Buckland said the bill ‘only compels governments to consider derogating from certain rights in the ECHR in relation to significant overseas military operations.’

The lord chancellor said derogation was provided for under article 15 of the convention. ‘Even if derogation under the ECHR were to take place in the future, our service personnel will not be above the law, and must continue to comply with relevant domestic and international law, including international humanitarian law,’ he added.