Barristers should take an hour for lunch and ignore emails before 8am and after 6pm, according to well-being guidance issued by the Central Family Court.

A working draft of ‘Well-being in the Central Family Court’, written by his Honour Judge Robin Tolson QC, says listed hearings should not take place before 10am or after 4.30pm, that courts should rise for an hour between 1pm and 2pm to give time for lunch, and that barristers are not obliged to reply to emails after 6pm. 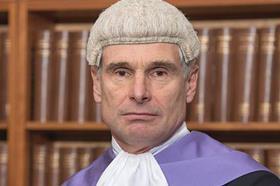 It adds: ‘Everyone is trying to do their best most of the time. Criticism may sometimes be necessary but rarely improves performance.’

On attendance, Tolson writes that ‘one lawyer is almost always enough’ and ‘solicitors do not have to attend with barristers’. He adds: ‘Lawyers and professional witnesses must be committed to cases, but must juggle their commitments and judges and magistrates must understand this and be understanding.’

Chris Henley QC, chair of the Criminal Bar Association (CBA), said he was ‘inspired but at the same time a little angry’ when he read the memorandum, as criminal barristers have not received similar assurances.

In his weekly message to CBA members Henley wrote: ‘The sad truth is that your well-being is not being prioritised. It is not being respected. It does not appear to matter sufficiently to those with authority over the criminal courts who could issue a memorandum of similar insight, wisdom and respect to the one drafted by the Central Family Court.’

He suggested that a well-being memorandum ‘signed off at an appropriately senior level’ should be displayed prominently at the door to every court room.