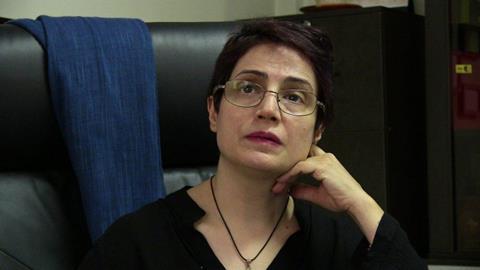 An international coalition of legal professional bodies has urged the immediate release of Iranian lawyer Nasrin Sotoudeh nearly a year after she was sentenced to 33 years in prison and 148 lashes for defending women protesting against her country's hijab laws.

The call was made as the Council of Bars and Law Societies of Europe (CCBE) announced the recipients of its 2019 Human Rights Award. They are four Iranian lawyers currently in prison: Abdolfattah Soltani, Mohammad Najafi, Amirsalar Davoudi and Nasrin Sotoudeh.

Bar leaders and lawyers from across the world will participate in #1minute4Nasrin – sharing video messages of support for the Iranian lawyer imprisoned since December 2018.

The Law Society of England and Wales has issued a joint statement from the Bar Associations and Law Societies of the G7 countries calling for Sotoudeh’s immediate and unconditional release, the withdrawal of all charges, the vacation of convictions and sentences, and the end to acts of harassment against the lawyer.

On 30 December 2018 Sotoudeh was tried in absentia, without a legal representative of her choosing, on charges including ‘assembly and collusion against national security’ and ‘appearing at the judiciary without Islamic hijab’.

'The international legal community has not forgotten,' said Simon Davis, Law Society president. 'It is a basic principle of our profession, established by the UN, that no lawyer should experience improper interference in carrying out their professional duties. The repeated proceedings against Nasrin Sotoudeh constitute nothing short of judicial harassment.

'Despite previous calls for her release, the situation remains unchanged - she remains in prison. Today we take the unprecedented step of calling on bar leaders and lawyers across the world to take part in a global online action, urging Iranian authorities to release this lawyer immediately.

'Sotoudeh’s conviction, the imposed sentence, and her continued imprisonment constitute a clear violation of Iran’s international legal obligations – to respect the right to be free from torture and ill-treatment, the right to the liberty and security of the person, and the right to a fair trial.

'I am proud to stand alongside my colleagues of the G7 countries in defence of lawyers’ rights to practise their profession without being arrested and imprisoned for it; and to uphold the rule of law internationally.'