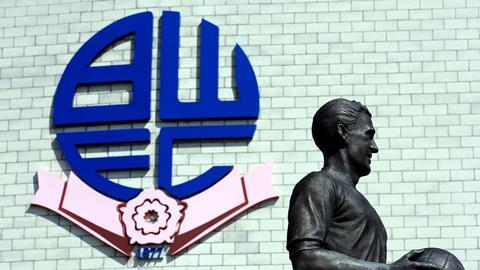 Two law firms each owed five-figure sums are among dozens of unsecured creditors awaiting news on the future of Bolton Wanderers Football Club.

The English Football League had given the crisis-hit club until 5pm on Tuesday to complete a sale or face being expelled from the competition.

In a statement published earlier that day, joint administrator Paul Appleton reported ‘continuing dialogue’ between the parties whose positions will ultimately decide the club’s fate, and he pledged to do everything possible to facilitate a deal. On Tuesday evening, the EFL said it would lift the notice of withdrawal of suspension and give 14 days to find a solution and complete a deal for the sale of the club.

An administrator’s report published with Companies House last month revealed that on the basis of the pending sale of the business and assets, unsecured creditors would be paid around 35p in the pound. It was not confirmed what dividend, if any, would result if the proposed sale collapsed.

The report states that Brabners Chaffe Street Llp, now known as Brabners, is one of the unsecured creditors and is owed £52,460.

The firm was the legal adviser for Bolton Wanderers in 2014 on its agreement with sports kit maker Macron to become the club’s official supplier and naming rights partner from the 2014/15 season.

Leeds-based commercial firm Walker Morris is also listed as an unsecured creditor, owed £71,340 by the club.

The firm’s sports group advised in 2016 on the acquisition of the club in a deal that was hailed as helping to secure Bolton’s future.

The administrator’s report states that national firm Stephenson Harwood is expected to receive around £211,000 in time costs for its work advising on the administration.

This work includes preparation of the appointment documentation, opinion regarding the validity of the security held by the secured creditors, advice regarding employee entitlements and adoption of employment contracts, and advice in respect of players’ contracts and transfers.

As of the report being prepared in early July, no fees had yet been paid to the firm in respect of its services.