A civil liberties group has accused the government of making it impossible for homeless people targeted by protection orders aimed at tackling anti-social behaviour to enforce their human rights.

Liberty has applied to the High Court to challenge the lack of legal aid for people to challenge public space protection orders (PSPOs). Local authorities can make the orders to ban activities carried out in a public placed deemed to have a detrimental effect on residents' quality of life.

The Home Office says the orders should be used proportionately to tackle anti-social behaviour and not to target specific groups or vulnerable people. Liberty says they have been made to ban rough sleeping.

Challenges to the orders do not fall within the scope of legal aid. 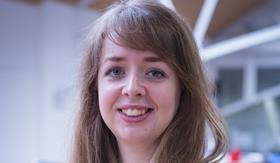 Brighouse: 'Criminalising those in need'

Liberty legal officer Rosie Brighouse said: 'Many local authorities are criminalising those in need, but the Legal Aid Agency's position robs all but the wealthy of their ability to challenge council abuse of power. It is essential that this case goes ahead so that anyone can challenge illegitimate public space protection orders.'

A LAA spokesperson said legal aid can only be granted where the Legal Aid, Sentencing and Punishment of Offenders Act and regulations allow: 'Legal aid may be available for public space protection orders via exceptional case funding, subject to a statutory test to demonstrate a risk of breach of human rights, and the usual means and merits tests.'

According to the Ministry of Housing, Communities & Local Government, which published a Rough Sleeping Strategy in August, 4,751 slept rough on a 'typical' night last autumn - a 15% increase on 2016.

Liberty says it represented a Poole resident to challenge her borough's order in June but the case was put on hold when the agency refused to assist. According to Liberty, the agency said the case did not benefit the client and insisted that any litigation could be financed by crowdfunding instead.

In its submissions to the High Court, Liberty says local people are directly affected by measures which put them at risk of criminalisation, that the relevant legislation permits the agency to fund PSPO cases, and that the ability to challenge such orders is of great public importance.

Liberty says the orders are 'already notoriously difficult to challenge' as legal cases must be lodged within six weeks of an order coming into force. The agency's stance 'compounds the situation, making it almost impossible to get to court'.