The court system faces a trade-off between the quality of justice and the cost of delivering it, former Supreme Court justice Lord Sumption has said in a biting assessment of virtual hearings.

Speaking at the Commercial Litigators’ Forum, Lord Sumption (Jonathan Sumption QC) said if quality of justice was the only concern ‘we would go back to ordinary oral hearings’. 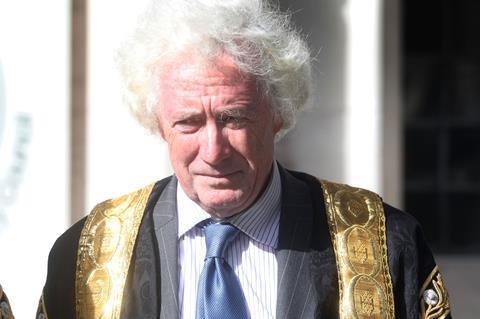 ‘I think we are going to have to face the fact over the next generation or so that there will have to be a trade-off between the quality of justice and the cost of it. It’s an unwelcome thought but justice which people don’t have access to isn’t justice at all, and it might be better to have something a bit less perfect.’

Lord Sumption said cross examination is ‘extremely difficult to do’ via video link and ‘gives witnesses advantages which a witness who is not perhaps entirely straight will be very skilful at taking advantage of’.

He added that the legal sector’s move to home working has imposed a ‘significant and damaging change in traditional patterns of life, particularly among the young’ and has had a ‘seriously damaging impact on virtually every aspect on professional formation’.