The president of the Family Division has clarified revised arrangements for physical attendance in court following confusion over an earlier direction.

Last week, Sir Andrew McFarlane issued a message to practitioners stating that the first hearing notice for any applications issued in the Family Division after 1 March will be listed as an attended hearing.

The original message stated: ‘Subject to any other direction the first hearing notice for any applications issued in the Family Division after 1 March 2022 will be listed as an attended hearing. The court will consider any requests made in an individual case for any change in the format of the hearing bearing in mind the interests of justice. The format of any hearing after the first hearing will be subject to the direction of the judge.’ 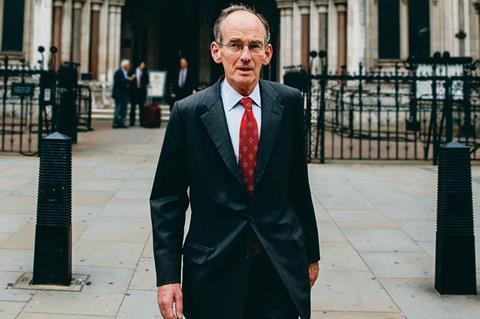 McFarlane has clarified revised arrangements for physical attendance in court

The message was posted on Twitter by family law group Resolution, prompting the Gazette to ask the judiciary if the revised arrangement was part of the president's Covid-19 recovery plan.

On Friday, practitioners were informed that the message applied to the Royal Courts of Justice only.

The update said: ‘The PFD’s message below confirms that from 1 March 2022 the first hearing notice for any applications issued in the family division after that date in the RCJ only will be listed as an attended hearing. This is a change from the default position utilised during the pandemic. This message does not impact the current arrangements in place at family courts other than the RCJ. The format of any hearing will be subject to the direction of the judge.’

McFarlane discussed the future of remote hearings last October, where he said ‘one clear negative’ was ‘the absence of that time outside court, in the 45 minutes or so before a hearing, when the presence of "the court door" and the proximity of the other parties and their lawyers will not infrequently lead to a focussing of issues or even settlement’. Some lay parties ‘afford less respect to the court process, and the outcome of it in terms of any order, when the hearing is online or by phone’. However, there were also ‘clear detriments’ to attended hearings in terms of travel time and the inability to attend cases at other centres,' he said.

‘A balance has to be struck in each case, but generally that balance should come down in favour of the parties and their lawyers attending all hearings where an important decision in the case may be taken.'