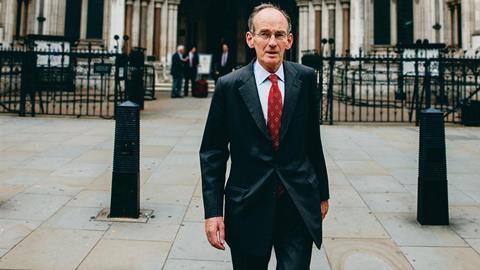 Judges could be told to get tougher on making sure parents attend mediation as part of a raft of emergency measures to stop the family justice system collapsing.

Sir Andrew McFarlane, president of the family division, said the current volume of cases is ‘unprecedented and, on current resources, unsustainable’.

Soon after becoming president last year, McFarlane set up judge-led public and private law working groups to come up with interim proposals to improve the system based on the existing law for children. The groups have come up with dozens of recommendations, published today.

The public law group, led by Mr Justice Keehan, says in its report that the steep rise in public law proceedings between 2016 and 2018 has eased off. However more cases are being issued than before with the same, if not fewer, number of social workers, care professionals, children’s guardians, lawyers and judges because of departures due to the ’incessant and overwhelming demands of the family justice system’.

The private law group, led by Mr Justice Cobb, says that in March alone Cafcass received 4,166 new private law cases - 18% more than in March 2018 and the highest March on record.

Before the 2013 legal aid cuts, the number of public-funded certificates in private law cases which were closed was around 45,000. This has now dropped to around 10,300.

To ‘revitalise’ MIAMs, the private law group, which has made 30 recommendations, says judges and court staff should be more prepared to enforce the MIAM requirement. Courts should automatically order MIAM attendance before the first hearing where this has not happened, no valid exemption has been claimed and there is no safeguarding issue.

Providing legal aid for parents during pre-proceedings is one of 57 recommendations made by the public law group.

Presenting the reports, McFarlane said today: ‘Delay in decision making is likely to be contrary to a child’s best interests. There is both a human and a legal requirement on the family court to consider and determine children cases in the course of a matter of weeks or months, with an upper statutory limit on public law care proceedings in 26 weeks.’

After touring family court centres over the past nine months, the president said ‘some of the best ideas have come from individuals. It is, therefore, my hope that, in addition to organisations and other institutional consultees, individual professionals and members of the public will read these documents and become directly engaged in the consultation’.

The consultation ends on 30 September. Final recommendations will be published in December.