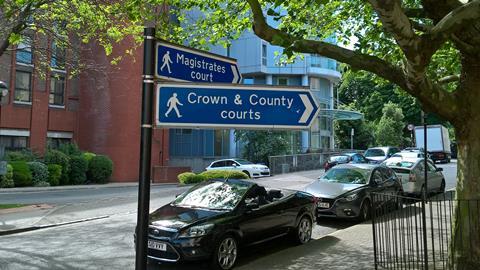 The government is hoping to recruit over 1,000 judges in the next financial year to help clear the court backlog as it revealed the full extent of court closures since the Conservative party came into government.

Last year then lord chancellor Robert Buckland announced he was removing the funding cap that limits the number of days judges can sit to clear the backlog of Crown court cases. A few months later, the National Audit Office identified the availability of judges as a significant risk to the government’s efforts to clear the backlog.

Last week, justice minister James Cartlidge revealed that his department and the judiciary were continuing with a high volume of recruitment – 1,000 judges in 2021/22 and 1,100 in 2022/23 as well as 4,000 magistrates over the next few years.

The minister was responding to a parliamentary question from shadow justice secretary Steve Reed on judicial capacity to meet the policy of unlimited sitting days.

The statutory mandatory retirement age will be raised to 75, which the ministry predicts will retain an extra 400 judges and 2,000 magistrates per year. The government will enable retired magistrates below the new retirement age to be reinstated where there is a business need. Legislation will be introduced to allow fee-paid judges to sit in retirement and extend judges’ appointments past their compulsory retirement date before the change takes effect.

On the same day that efforts to increase judicial capacity were revealed, the Ministry of Justice also published, in alphabetical order, a list of the 244 courts and tribunals that have been closed since 2010, in response to a separate question from Reed.

The list did not include ‘integrations’, where services have been merged into an existing nearby HM Courts & Tribunals Service location.

Cartlidge said: ‘The decision to close any court is not taken lightly, it only happens following full public consultation and only when effective access to justice can be maintained. Courts that have closed were either underused, dilapidated or too close to one another.’

Although Reed asked for court and tribunal closures since 2010, Cartlidge mentioned in his response that 125 magistrates’ courts and 24 county courts were closed between 1997 and 2009 – when Labour was in power.

Commenting on the latest information, Law Society president I. Stephanie Boyce said: 'For many years we have been warning about the impact of underinvestment and cuts on the criminal justice system including court closures and limits on the number of days judges can sit. Given the backlog, which was exacerbated by the pandemic, no limit on sitting days in the Crown Court in 2021/22 was critical and we welcome efforts to boost judicial capacity.

'Of course, for the criminal justice system to function and the backlog to be tackled, ensuring access to justice for victims and defendants, you don’t just need judges and prosecutors, you need criminal defence practitioners as well. It is vital that the increased funding identified in Sir Christopher Bellamy’s independent review of criminal legal aid is implemented as soon as possible to ensure that defence capacity exists.'