A key trade agreement sought by the government as part of the 'Global Britain' agenda could create conflicts with current intellectual property and data protection law, a House of Lords committee reports today. However the Comprehensive and Progressive Agreement for Trans-Pacific Partnership (CPTPP) could also pave the way for negotiations on the mutual recognition of legal qualifications.

In today's report, the International Agreements Committee, formerly chaired by Lord Goldsmith (Debevoise & Plimpton partner Peter Goldsmith QC) examines the negotiating objectives set out by the government on accession to the CPTPP, an agreement between 11 countries, including Australia, Canada, Japan, Mexico, Singapore and New Zealand.

Witnesses 'generally agreed' that the services provisions of the CPTPP were useful, the report states. It cites Law Society evidence that the aims of UK legal professionals 'are unlikely to be realised' directly by the agreement. But while the agreement does not provide for the mutual recognition of professional qualifications it states that each party 'shall encourage its relevant bodies to establish dialogues' on the topic. This 'could give the UK a seat at the table in driving improvements in the liberalisation of trade in legal services', the Law Society told the committee's inquiry. 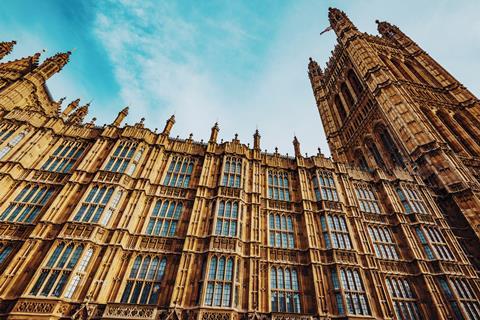 On the IP law question, the committee reports that the Pacific agreement is 'partly built on a US approach to regulation... Joining CPTPP may result in conflicts with the UK's current regulatory regime, which will need to be addressed as part of the accession negotiations.'

For example the European Patent Convention, to which the UK belongs, stipulates that an invention cannot be recognised as new if it has been released to the public: the CPTPP allows a 12-month grace period in some circumstances. The committee cites warnings from witnesses that the UK could suffer 'direct economic damage' if it had to leave the European regime, including a 'dramatic' shrinking of the UK patent profession. The report urges the government to explain how it will reconcile its obligations under the European Patent Convention and provisions in the CPTPP.

The report also cites concerns about data protection, saying that a clause in the CPTPP may conflict with the UK's 'data adequacy' status with the EU. It calls on the government to provide more information.

Clarity is also demanded on the government's approach to investor-state dispute settlement procedures under the agreement.

Overall, it notes that the UK is 'applying to accede to an existing agreement and the extent to which it needs to be accepted "as is" or can be changed is uncertain'.