A solicitor who ignored red flags on dozens of suspicious personal injury claims has been fined £35,000 by a tribunal.

The Solicitors Disciplinary Tribunal found that Asghar Ali, director and owner of Bolton firm AA Solicitors Limited, failed to spot that multiple claims from the same source were ‘strikingly similar’ in nature and bore the hallmarks of fraud.

Ali, a solicitor for 19 years, turned a ‘wilful blind eye’ to the obvious suspicious circumstances of each claim as they were rapidly advanced. RTA personal injury claims accounted for 24% of the firm’s turnover, and the business received legal costs of more than £37,000 from 40 cases where compensation was paid which were investigated by the Solicitors Regulation Authority.

The tribunal said: ‘The playing out of the same scenario time after time, in terms of the nature of the accident, the nature and severity of the injuries suffered, and the striking coincidences of the addresses and self-employed occupations of the many claimants, would have been enough to awaken a level of suspicion in the mind of a solicitor acting with integrity.’ 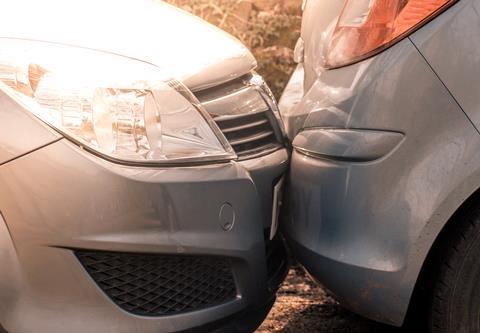 Claimants had exactly the same injuries, none sought medical attention, and each had the same or a very similar number of days off work as a result of their accident. None of the collisions resulted in a claim for damage to the vehicles and the police were never called to any of the purported crashes.

Investigators looked at 61 suspicious claims referred to the firm by a plumber identifying himself as Mr A. Ali did not pay for referrals but negotiated that he would charge Mr A’s referred contacts a reduced success fee of 12.5%, rather than his usual 25%. In the 21 cases where insurers asked for extra evidence, the clients concerned immediately withdrew their claims or failed to provide further instructions.

Ali denied lacking integrity and submitted that he believed the claims to be genuine at the time. He said there was nothing inherently suspicious about Mr A and he rejected the SRA’s setting out of ‘red flags’. In mitigation, he pointed to a previously good history of compliance and the orderly closure of his firm in December 2020. If allowed to remain as a solicitor, he had the opportunity to take up a position in another firm in order to provide for himself and his young family.

Ali was fined £35,000, ordered to pay £31,561 costs and restricted indefinitely from owning another firm. He was previously ordered by an employment tribunal to pay £14,000 over allegations of sexual harassment towards a trainee solicitor.