A High Court judge has passed evidence from the marathon Post Office litigation to the director of public prosecutions, saying he has ‘very grave concerns about the veracity of evidence’ given by the Post Office’s IT contractor.

Addressing a packed court room today, Mr Justice Fraser expressed his ‘very grave concerns’ about the evidence given by employees of Fujitsu, the Japanese-headquartered provider of IT products and services. Such evidence had been given in the Crown court, in actions brought by the Post Office, as well as the High Court, he said. 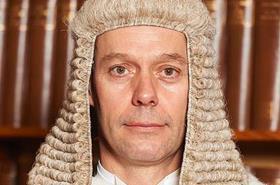 As a result, Fraser J said he had sent all evidence to the director of public prosecutions so he could decide whether it should be sent to the relevant authorities. He said: ‘It is a matter for the DPP what, if anything, he does with this referral’.

‘I wish to make it clear that the specific submission relates to the evidence of Fujitsu employees,’ he added.

Last week it was announced that the epic Bates v Post Office group litigation, which has dragged on for over three years, had been settled, and the Post Office admitted ‘we got things wrong in our dealings with a number of postmasters’. The settlement is £57.75m.

This afternoon, the Horizon judgment – which is separate to the mediation and relates to the computer system which wrongly suggested postmasters had committed fraud – was handed down.