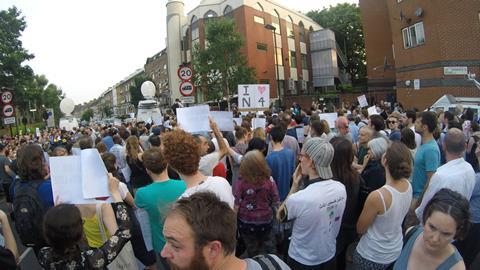 A pro bono advice panel set up for victims following last month's London Bridge terror attack will be extended to people affected by the attack outside the Muslim Welfare House mosque and community centre in Finsbury Park, the Law Society has announced.

One person died and nine were taken to hospital after a man drove a van into worshippers near the north London mosque on Sunday night.

Society president Robert Bourns said: 'The people caught up in this awful attack will be dealing with enormous personal distress, as are victims of the other recent terrorist attacks. We hope free legal advice will assist victims to deal with unforseen and sometimes complex legal issues that will arise in the weeks and months to come as a result of these dreadful events.'

Free advice from London firms will be available through the panel on a referral basis to those affected by the terror attacks in Westminster Bridge, London Bridge and Borough Market, or in Finsbury Park.

Victim Support and the Legal Aid Agency will refer victims to the panel.