Protest over spate of lawyer killings in Philippines

LAWASIA calls on government to ensure 'the security and safety of legal professionals and human rights defenders'.

The Philippine government has been been accused by an Asia-Pacific professional body of breaching human rights over the murder of lawyers and jurists. A statement from LAWASIA president Christopher Leong issued last Friday expressed ‘deep concern over the continuous violence and threats of violence faced by legal professionals in the Philippines over the last two years’.

Three judges and seven prosecutors are among 34 legal professionals to have died. The most recent, founder member of the National Union of People’s Lawyers (NUPL) Benjamin Ramos, was killed by unnamed gunmen as he left his office on 6 November. The gunman has not been identified but NUPL said Ramos’s photograph had been circulated to local police. 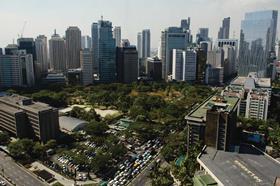 The government of Philippine president Rodrigo Duterte has pursued a controversial policy of state-sponsored murder of people suspected of involvement in the illegal drugs trade. Thousands have been murdered since Duterte’s election in 2016. The International Criminal Court has opened a preliminary investigation.

The president’s reported instruction to the police, referencing lawyers, was: ‘If they are obstructing justice, you shoot them.’

It added: ‘LAWASIA calls on the authorities in Philippines to take immediate action against these killings, including establishing a prompt and impartial investigation to ensure that the perpetrators are brought to justice and, above all, to ensure that the security and safety of legal professionals and human rights defenders in the country is safeguarded.’

LAWASIA’s members include professional bodies from outside the region. Law Society president Christina Blacklaws sits on its Council.

The Philippines has a large, well-established legal community with close ties to the US, from which it gained independence in 1946. The strength of its commercial law sector has led international firms such as Baker McKenzie and Norton Rose Fulbright to locate global services offices in the capital Manila.

Duterte, a former prosecutor, is the ninth lawyer to be elected president of the Philippines since independence.