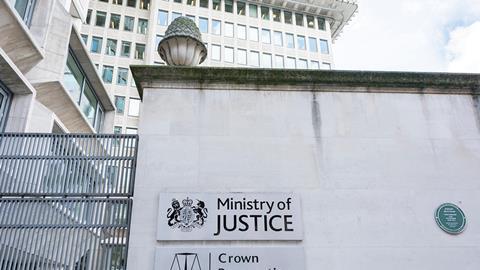 Court chiefs had already spent £18m on a debt collection scheme that was scrapped earlier this year due to lack of funds, it has emerged.

In a response to a freedom of information request by the Gazette, the Ministry of Justice confirmed the Transforming Compliance and Enforcement Programme was scrapped in September after being in development for almost three years. At the time, the department said plans were ‘no longer affordable’ within the MoJ’s funding allocation for the 2015 spending review period.

The TCEP was an important – albeit relatively inexpensive – part of the wider £1.2bn project to modernise the courts and tribunals service. The FOI response confirmed the government had expected the new debt recovery service to cost £66m overall.

It has now been revealed that an average of 26 full-time staff had worked on the programme at any one time.

As well as writing off the £18m already spent as of the end of August, the MoJ has effectively lost out on significant monies that were to be recouped in future.

The FOI response reveals that if the programme had been completed it would have achieved a return estimated at £427m by 2025. The MoJ said the programme had already delivered benefits of £31m through collection of previously unrecovered debt.

In its response, the MoJ said: ‘We take the payment and enforcement of criminal fines seriously and more than £400m was collected for the taxpayer in 2016/17 – £59m more than the previous year. This includes £31m of previously uncollectable debt, including compensation owed to victims of crime, which was recovered using new techniques.

‘Planned upgrades to the service are no longer affordable within the department’s funding allocation, and, after careful consideration, the decision has therefore been taken to suspend the Transforming Compliance and Enforcement Programme.

‘Limited work will continue to ensure it is ready should it be required in the future. Improvement work already under way has not been lost and new ways of working, including better enforcement strategies and administration, will continue to apply.’

It was confirmed that the MoJ outsourced work to nine different companies to work on TCEP, either technology suppliers or specialists to support programme delivery.

In January, the Public and Commercial Services Union, which represents court workers, warned the government against implementing TCEP until more information was known about the plans.

The scrapping of the scheme has increased concerns about the wider feasibility of the upgrade programme.

Earlier this year the Public Accounts Committee of the House of Commons reported it had ‘little confidence’ that HMCTS could successfully deliver on its pledges to bring the court system into the modern age.