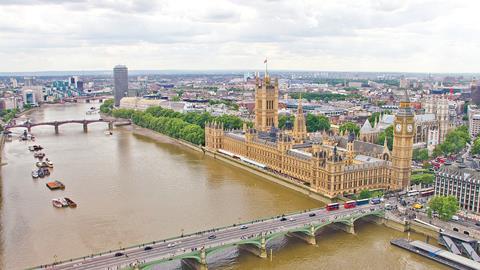 MPs say that individuals with a grievance against banks have been blocked from reporting concerns by oppressive legal agreements.

Solicitors are helping banks to conceal potential criminal activity through onerous gagging clauses, a parliamentary debate has heard. MPs told a Westminster Hall debate last week that individuals with a grievance against banks have been blocked from reporting concerns to regulators or the police by oppressive legal agreements.

The debate heard claims that banks have broken up businesses and destroyed livelihoods by acts of deliberate deception and fraud, systematic asset stripping and inflated charges and fees.

Attention then turned to lawyers’ involvement when

MPs discussed why so little has been done to curb or punish such behaviour.

Conservative Stephen Kerr said: ‘We need to turn to the solicitors who are, quite frankly, aiding and abetting concealment of potential criminal activity by writing contracts that contain such onerous gagging clauses.

‘In essence, they are bullying victims into silence and preventing them from discussing their case with those who are there to protect them.’

He added that the Solicitors Regulation Authority should issue ‘very firm guidance’ to prevent solicitors from contractually silencing allegations of criminal conduct.

William Wragg, also a Conservative, said lawyers had been complicit in a ‘witch hunt to silence whistleblowers’ trying to expose misconduct by the banks.

He noted that one bank sent a ‘top partner from one of the country’s best regarded law firms’ to a hearing in Cambridge County Court, for a case involving two people who had highlighted misconduct.