Former Supreme Court justice Lord Kerr of Tonaghmore, who retired as a judge just two months ago, has died at the age of 72.

Lord Reed, president of the Supreme Court, said: ‘Justices and staff alike are shocked by the news, and we offer our deepest sympathy to Lady Kerr, her children and their families. They are all in our thoughts at this time, and we send them our condolences.’

The Supreme Court flag has been lowered to half-mast today and tomorrow. 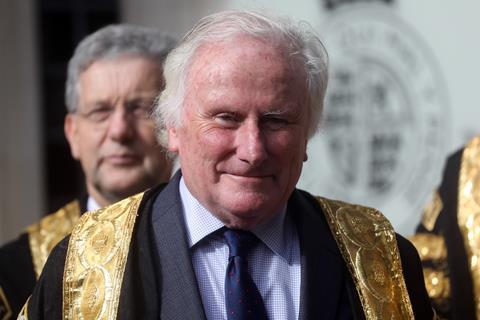 Lord Kerr began his career as a barrister in Northern Ireland, becoming a High Court judge at the age of 44. He served on the High Court bench for 11 years, going on to become lord chief justice of Northern Ireland. In 2009 he was appointed to the House of Lords as the last Lord of Appeal in Ordinary. He then became one of the first justices of the Supreme Court.

In tribute, Lord Reed said: ‘Through his judgments and during hearings, Brian demonstrated his strong and instinctive sense of justice, and his thoughtful and principled approach to resolving legal problems. He will never know the full extent of the impact which his considerate, good-humoured and encouraging nature had on the court, the staff of the court, and his judicial colleagues.

‘Nor will he ever know the full extent of the impact which his judgments had on the society we serve: in Northern Ireland, in the rest of the United Kingdom, in Europe through his service as an ad hoc judge on the European Court of Human Rights, and in the many jurisdictions around the world for which the Judicial Committee of the Privy Council serves as the final court of appeal. But he has left us a legacy which will be drawn on well into the future.’