The chair of the Magistrates’ Association has criticised what she described as 'unwarranted hostility' towards magistrates following the news that their sentencing powers will be increased to help cut the Crown court backlog.

Earlier this week lord chancellor Dominic Raab announced that he would double the maximum prison sentence – currently six months – that magistrates can hand down. They will also increasingly be allowed to sentence serious cases such as fraud, theft and assault. Currently, any crime that warrants a prison sentence of more than six months must be sent to the Crown court for a judge to determine the appropriate sentence.

Raab said the 'important measure' would provide additional capacity to drive down the Crown court backlog over the coming years - an assertion questioned by the Law Society and Criminal Bar Association.

High-profile anonymous legal blogger Secret Barrister, who has 478,000 followers, tweeted: ‘Magistrates’ courts, presided over by volunteers with no legal training, are run in conditions of chaos. They are by any measure a lesser form of justice. Rather than fund the system properly, the government wants more cases heard in these conditions.’

Bev Higgs, chair of the Magistrates Association, told the Gazette she was disappointed to see the reaction of some in the defence community ‘to this highly practical and sensible move’. 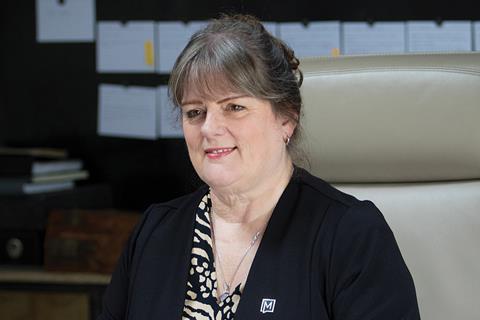 She said: ‘The opinions voiced were based on conjecture and assumptions, rather than hard evidence – and the hostility towards magistrates is unwarranted.

‘A core principle of our justice system is that ordinary people are at the heart of decision-making in trials. While magistrates aren’t legal professionals, they bring diversity and experience, undergo rigorous training, follow clear sentencing guidelines, are regularly assessed, and work alongside legally qualified advisers. Magistrates volunteer millions of hours every year to the justice system in good faith, with commitment and integrity.’

There are currently 12,651 magistrates in post across England and Wales. Magistrates do not need any specific legal training and do not sit exams. Magistrates undergo mandatory training of about three-and-a-half days before sitting in court and are allocated a mentor in the first year. After sitting for 12 months, they are regularly appraised by specially trained magistrates.

Latest figures show the Crown court backlog standing at 59,928 cases between July and September last year. The backlog stood at 41,045 at the start of the first lockdown.

Higgs said: ‘The measures introduced by the government this week will contribute to reducing the unacceptable backlog in the Crown courts for defendants and complainants seeking justice. It is a shame this is not appreciated by others who are working towards the same goal.’

The Ministry of Justice has since announced a £1m campaign to recruit an extra 4,000 magistrates - the biggest recruitment drive in the magistracy's 650-year history.

The ministry said the campaign is aimed to attract people from a wide range of backgrounds, 'from teachers to bricklayers, to stay-at-home mums, and any individuals who can display reason and sound judgment'.