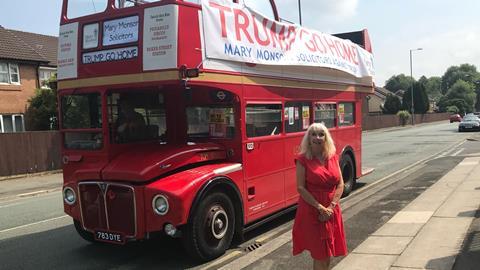 A trailblazing criminal defence solicitor who ‘shattered egos’ in a male-dominated profession to pave the way for female lawyers has died.

Mary Monson, who set up Mary Monson Solicitors in 1979, died last Saturday after a short illness.

Her firm said: ‘Mary was respected by all who knew her, perhaps most of all because of her unwavering dedication to the fight for justice for her clients. From fighting to keep Salford youths out of adult jails in the 1970s and 80s, she expanded the firm to helping those in need from every level of society and throughout the country, culminating in cases that were reported worldwide. But Salford was always her professional home. It was where her heart was, and it was where she built a facility for the poor and homeless to meet and have breakfast without being moved on.

'She was as fearless as they come. She paved the way for female lawyers in a male-dominated profession, shattering egos along the way, where it was deserved.

'Her philosophy to never give up the fight and to provide people with a human and high-quality service no matter the case was one that grew into a movement throughout our firm. Her legacy will live on in the lawyers she trained and worked with for many years to come.’

Outrage over then US president Donald Trump’s visit to the UK in 2018 compelled Monson to take to the streets in an eye-catching open top bus (pictured above) in what she described as a ‘moral’ protest.

She told the Gazette at the time that the bus was ‘a symbol of Britain as a place of diversity and inclusion and its use demonstrates the common journey we all make through life and the cooperative spirit which makes humanity great. We do not want people coming here to try and divide us’.