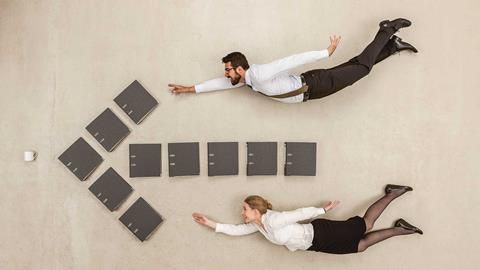 How to: hire a partner

Making a senior lateral hire is a major investment, so it is important that law firms understand what is required to ensure success

A senior lateral hire can jump start a move into a new region or sector, bring in new clients, deepen a firm’s expertise and broaden its capabilities – but get it wrong and it can be a very costly mistake.

As the economy picks up, increasing competition for talent will put pressure on firms to move quickly. But bringing new partners into a business does not come without risk, so firms need to make sure they plan well both before and after the hire.

Given the major investment involved, surprisingly little research has been conducted into the upsides and downsides of lateral hires. While firms are happy to announce someone is joining them, they are less anxious to go public if it goes wrong.

However, consultant Mark Brandon’s Motive Legal Consulting has been studying the partner lateral hire market in London for the last eight years, encompassing 2006 to the end of last year.

His latest research tracked 2,869 ‘qualifying’ partner hires – that is to say, hires into firms which were not taken over or collapsed – across that eight-year period and found 33% had moved on. Take out the most recent two years – the market-standard period of grace given to laterals – and four out of 10 partners taken on since 2006 have already left their firms.

But does that mean those hires ‘failed’ or that longevity equates with success?

Brandon has come in for some flak from recruiters and firms for presenting what they claim is too negative a picture in previous surveys, prompting him to offer a more nuanced view this year. He has left it to firms to decide what constitutes ‘success’ and ‘failure’.

He says each hire has to be judged on its merits. If you get a partner with a big client who does not fit the firm and departs but leaves the client, is that failure or have you struck gold? However, if your lateral hire stays 10 years but proves a classic ‘drizzlemaker’ who does just enough to pass muster, is that a success?

What is clear is that getting it right is critical, given that lateral hires are one of the three key drivers of growth, alongside merger and organic growth.

Bringing in a senior hire can be seen as a ‘quick-fix’ to increase partner-level production capacity with little or no lag in terms of when the hire begins to generate revenue.

But the transfer market is not cheap, and when HR directors at leading UK firms were pressed by Brandon, most said lateral hires only started to contribute meaningfully to the profitability of the firm after five years. Others, though, put that figure at two to three years.

Brandon acknowledges that it is difficult to reach anything other than ‘broad-brush generalisations and assumptions’ from the figures alone, particularly as the research period includes a deep recession.

But he does flag up potential problem areas, such as the high departure rate among the small number of partners moving from in-house directly into UK firms and the ‘cultural clash’ between US and UK firms’ attitudes to lateral hires. Dropout rates are also higher than the average in finance, corporate, employment, family, private client and real estate, while hires into regulatory EC/competition and litigation perform significantly better than average.

Too many firms, he argues, become ‘addicted’ to lateral hires when they should be asking more trenchant questions about the best way to grow. The PR ‘coup’ of landing a big name from a rival should not overshadow the nurturing of home-grown talent.

On the other hand, there are examples of firms where aggressive lateral hiring has proved hugely successful. So what unites their success?

Lateral hires have played a key role in the growth of TLT, which has more than tripled in size since 2002. Examples include taking over a team of 30, including six partners, from Irwin Mitchell, to boost its new Manchester office.

TLT managing partner David Pester is the driving force behind this growth. ‘It’s about being realistic about your market position and your objectives, and the most appropriate way to achieve them,’ he says, pointing out that his firm is known for its internal development and promotions as well as lateral hires. ‘Is it to add new clients or deepen expertise – or hopefully both? Is it about clients saying we want to do more work with you but you need broader capabilities?’

His advice is: ‘Plan carefully. Listen to clients, look at the market and consider opportunities that come along speculatively. But be analytical and prepare to be patient rather than just fill a gap. You often see firms getting caught in the moment, trying to grow for the sake of growing. But these are significant investments so you need to be more strategic.’

He adds: ‘It is also important to understand you may not get it right in every case and sometimes you have to adjust your strategy.’

While individual lateral hires work well, Pester says it can take longer for them to gain traction than if you bring in a team, which will involve the same issues of integration and cultural fit but give critical mass and momentum.

As the economy recovers, so has competition for senior hires. Jon-Paul Hanrahan, managing consultant with Douglas Scott Legal Recruitment, says his company was involved in 620-plus job offers last year and expects that to double in 2014.

One popular tactic is to use lateral hires to break into new markets. ‘Manchester is a good example,’ he says. ‘The market is quite fractured, with a number of new entrants who are approaching senior people with good local reputations and strong market knowledge to give them credibility.’

But the cake is only so big, forcing firms to be flexible in how they recruit. The rule of thumb is that a hire will take two to four months, says Hanrahan, though there can be hold-ups because so many people are involved in senior appointments.

‘But moving quickly means firms can block others from stealing the people they want to steal,’ he adds. ‘I placed one partner in two weeks. Another firm was interested but, by the time they got back to me, the first firm had carried out the interviews, made an offer and had it accepted.’

One of the key issues at stake will be the candidate’s likely client following. ‘It is the bane of everyone’s life when a proposed following doesn’t materialise,’ says Hanrahan. ‘As the recruiter, we generally submit a two-page business plan which indicates the type and strength of relationship, and likelihood of fees to be generated. Anyone who oversells it makes a rod for their own back.’

Keystone Law, the pioneering ‘dispersed’ law firm, is currently making about five senior lateral hires a month, with most new recruits recommended by the firm’s own lawyers.

‘If a lawyer has been practising in the mid-tier commercial sector for over 10 years and has not attracted a reasonable following, then this says something about that lawyer,’ he notes, though he adds: ‘There are some exceptions in niche areas such as taxation, where a following is notoriously difficult to engender.’

Recent court cases have shown these measures can and will be enforced, says Alan Julyan, employment partner with City firm Speechly Bircham. But he warns the risk of claims starts well before candidates give notice.

While using external recruiters will not isolate the hiring firm from claims, he says it is often the case that the recruitment consultant will have better commercial information that can supplement the firm’s own research and mean it is less reliant on using the candidate’s information.

When it comes to restrictive covenants, Knight says they are becoming less of an issue as UK firms move closer to the US client ownership model, where firms accept that clients will follow partners.

‘Most, though by no means all, firms already suggest that a partner can take away any clients that he/she introduced to the firm before, and even after, joining that firm,’ he says. ‘This has got to be the right approach otherwise a partner could never really move on.

‘And even when clear and enforceable restrictive covenants do exist, firms are increasingly taking the view that what the client wants the client gets. So if the client wishes to instruct the lawyer at his/her new firm, who are we to get in the way?’

Sorting out the partnership/membership issues is only part of the planning process. Get it wrong and it can destabilise a department and leave a sour taste in the mouths of senior associates vying for partnership who may then seek a lateral move of their own.

While discrepancies in salaries and benefits packages cannot be avoided, Hanrahan says the firm needs to ensure that financial arrangements are aligned as much as possible.

Assessing the cultural fit early in the process is also important. Does the potential hire share your values, approach to developing business and style of working? Management coach Peter Alfandary, of PRA CrossCultural consultancy, says firms too often overlook its importance, particularly with international hires.

‘Lawyers from different cultures may approach hierarchy, risk and decision-making very differently,’ he says. ‘Their concepts of time, even the importance of deadlines, may vary, as may their willingness to follow the firm’s internal procedures. It is important to anticipate these factors because they will surface once the lateral joins the firm.’

With so much at stake, firms need a structured recruitment programme and to monitor partner retention. As Julyan says: ‘You need to do a great deal of spade work to help lateral hires integrate into the firm and, once settled, give them a realistic timetable to deliver.’