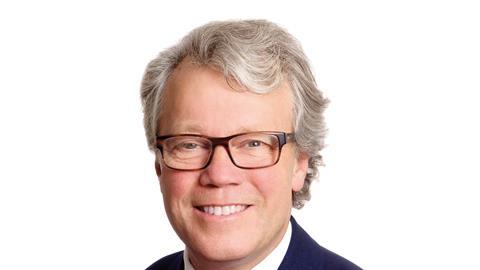 I had a desire to pursue a career in which I could work with people and help them in difficult situations. Reading Kafka’s The Trial and Mistaken Identity by Peter Hain drew me towards the criminal law.

I was lucky enough to have some excellent experience under pupil masters, who included Tim Dutton QC, before getting into court myself. I then moved to a City firm where I learnt a lot more about what it meant to deliver high-quality legal advice in a commercial environment.

The hardest set of challenges I’ve faced as a lawyer is explaining to apparently well-educated people why the rule of law is so important in our society and why legal aid is so vital to ensure that even those accused of the gravest crimes are properly represented in court.

My most memorable career moments have come from the establishment, nearly 17 years ago, of our firm Corker Binning with my partner David Corker. Many of our partners and our excellent team have been with us since the start. The work I do has taken me all over the world and I have had the privilege not only to represent some extraordinary clients but also to work with some of the very best lawyers in this country and overseas.

I think that the common law offence of conspiracy to defraud, traditionally known as the ‘prosecutor’s darling’, should have been abolished in line with the Law Commission’s recommendation prior to the Fraud Act 2006. The retention of the offence of conspiracy to defraud has resulted in the case of the Libor trials in what are arguably inconsistent verdicts arising from an overly broad offence in which dishonesty is the only real issue.

The disastrous cuts to criminal and civil legal aid will do permanent damage to the system of justice in this country and its reputation around the world.

I have been a supporter of the legal charity Justice for more than 30 years. I now serve as a council member and a member of the executive board. My firm is a patron of the Justice appeal. When you look across the Atlantic and Donald Trump’s attitude to judges and lawyers, there is a clear warning for us in this country and for others.

The current trend for the appointment of  non-lawyers to the office of lord chancellor, the removal in 2014 of the last attorney general (Dominic Grieve) and the lacklustre defence of the judiciary by the lord chancellor after the Brexit case are not encouraging signs for the future of independently-minded lawyers in government or the robust defence of an independent judiciary in this country.

There is far greater opportunity now for people from different backgrounds and ethnicity to make their career in the law. But it remains an expensive career to embark on and much more is needed to ensure diversity at all levels; especially in the judiciary.