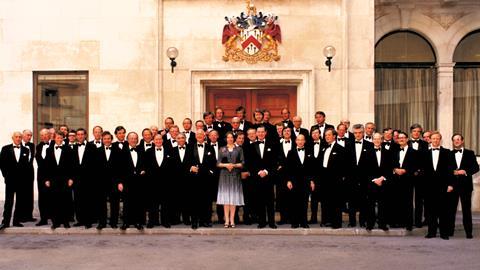 Succeeding in the City in the 1970s

Being a laid-back 1960s student, I thought jobs were there for the taking. In 1969, I was surprised to get rejection letters which said women would not be considered. That was not the response of Herbert Smith, which was the first big firm to offer me a job. I took it. 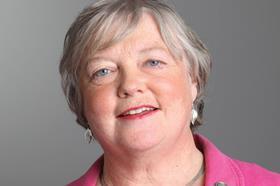 My experience was as nothing compared with that of women before 1919: Gwyneth Bebb, the first woman to get a first in Jurisprudence at Oxford, applied to be a solicitor in 1913, only to be told by the courts that the word ‘person’ in the Solicitors Act did not mean a woman.

It took the Sex Disqualification (Removal) Act 1919 to overturn that ruling. Bebb (by then Mrs Thomson) read for the bar but died from complications in childbirth in 1921 before she could be called.

I was an Oxford graduate. A number of us chose to join large City firms – not small practices or as family lawyers, which were the options nearly all women lawyers had taken up to that time.

Of my Oxford women contemporaries, Janet Gaymer become the senior partner of Simmons & Simmons. Three others had successful careers at the bar; two became judges. Of the dozen women in my year reading law (there were over 150 men) at least half became high-achieving lawyers.

When I started as a trainee at Herbert Smith in 1970, society was changing and it was the era of women’s liberation. It was a male-dominated environment, but so was Oxford. I was promoted alongside my contemporaries right the way through, becoming a salaried partner in 1980. The only time I experienced something which could reasonably be called discrimination was when contemporaries were promoted to equity partnership in 1983, but I was not. I was on maternity leave at the time.

How did I respond? When I came back, as the first female partner to continue working after having children, I set out to prove I was as capable as anybody. It took three years and I was promoted while expecting my second daughter, which gave me confidence that attitudes had changed.

Otherwise, I was treated well. I had good maternity pay and was not pressured to take only a few weeks, as happened elsewhere. I had a great mentor in Lawrence Collins, who went on to somewhat similar challenges as one of the first solicitors to become a judge, eventually reaching the Supreme Court.

I never contemplated not returning to work. I have always loved it and I felt that it was the better option both for me and my family. Of course, there were economic considerations: I was the higher earner and would probably have had to work in any event. Time with my daughters (one of us working late and the other early, to maximise time with them) was one of the most important things. Family remains at the heart of my life now I am a grandmother.

The mid-1980s was a time of expansion and a turning point for women becoming partners. At junior levels, firms were soon taking as many female as male trainees. In most large firms, however, the number of women reaching partnership has fluctuated below 20% well into the 21st century; recent efforts to increase numbers are slowly bearing fruit – too slowly – but why?

There is a combination of factors:

There are changes which can assist women – not so much the targets most large firms now set, but changes in working practices. For example, schemes for regular working time out of the office for both men and women improve the quality of family life without damaging quality of work.

Shared parental leave can do much to reduce the perceived disadvantages of long maternity leave. Good role models and mentors who understand the doubts and difficulties of building a long-term career are very important (there were almost no role models for my generation).

I have found working as a lawyer a great career and well worth the effort it has entailed. For women in the early stages of a career as a solicitor, I wish them the same experience. As women enter their second century in the law, they still face the challenge of achieving true equality in all roles in the profession.

To find out more about being a woman in the law please visit tinyurl.com/w9uwtoz.

Together with CILEx and the Bar Council, we launched the women in law pledge - created to bring gender equality to the forefront of the conversation. Sign up to the pledge here.

Dorothy Livingston is a consultant at Herbert Smith Freehills LLP