Is the fitness to practise regime fit for purpose?

The topic that resulted in the most column inches following publication of the SDT’s consultation response earlier this month, was that the standard of proof to be used in proceedings before the Tribunal should be the civil rather than the criminal standard. In addition to the announcement that the Tribunal should keep its existing hearing panel composition rather than moving to a lay majority, another recommendation that should be receiving attention throughout the profession, is the SDT’s suggestion to the SRA that it consider whether to create a fitness to practise regime. 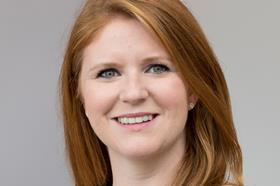 The consultation response pointed to the fitness to practise procedure provided for by the Bar Standards Board, which isn’t disciplinary in nature and is run entirely separately from disciplinary proceedings. Rather than make an amendment to its rules to accommodate such a regime, the SDT has encouraged the SRA to exercise the powers available to it to create fitness to practise procedures. The SDT indicated the SRA is the appropriate body to establish such a regime 'on the basis that had Parliament intended the Tribunal to have jurisdiction then this would have been addressed when the SRA was given this power.'

The SDT points out that where health issues arise in disciplinary proceedings, it is not uncommon for the Tribunal to find itself without medical evidence to assist it in its decision-making, adding:

'If medical evidence corroborates the fact that mental or physical ill-health was a significant factor in any professional misconduct and continues to affect the person concerned, the Tribunal would consider a separate fitness to practise regime as more suited to such circumstances than proceedings before the Tribunal.'

Whether the SDT envisages that cases where ill-health was a significant factor in any professional misconduct and no longer affects the person concerned would fall under its jurisdiction or a fitness to practise regime remains to be seen, but perhaps the Tribunal envisages a reality where health conditions can be spoken about more freely, avoiding the conduct issues they can result in altogether, rather than conditions being dealt with in a context that stifles discussion about them due to the fear and risk?

In November of last year, the High Court handed down a rolled-up judgment on three appeals from the SDT. It is outcomes such as these that may well have prompted the SDT to make the fitness to practise suggestion in its consultation response. In each case, the SDT had made findings of dishonesty against practitioners before deciding that, due to working conditions and mental health considerations, there were 'exceptional circumstances' that justified a sanction less than strike-off. The High Court saw the cases differently, allowing the SRA’s appeals and striking-off the three respondents, concluding that the SDT’s sanctions had been 'unduly lenient and clearly inappropriate'.

In the most widely reported of the cases, the working environment in which the respondent’s conduct took place was described as 'toxic'; one in which senior management put pressure on junior staff such as the respondent by publishing monthly league tables designed to create competition between fee-earners. In another example, the senior partner wrote to the respondent to tell her she was expected to work longer days, weekends and bank holidays to make up chargeable hours. His letter read:

'If you are not producing the required number of chargeable units, you are not doing the minimum work required by the firm. As deficits roll forward and do not reset to zero, your target will simply increase year on year, until such point as that target becomes unmanageable.'

The effect seemed to be that small issues the respondent faced became unmanageable, causing her to follow a course of action she arguably wouldn’t have followed had her working environment been different. During the period in which the respondent’s misconduct took place, she was said to have felt terrified, crying at work on a daily basis and suffering stress-related hair loss.

Whilst the SDT considered the respondent’s situation to be a 'perfect storm' of circumstances that justified a sanction less than strike-off, the High Court disagreed. In the lead judgment, Lord Justice Flaux comments that whilst pressure of work or an aggressive, uncaring workplace could excuse carelessness, a lapse of concentration or a mistake, dishonesty of any kind is a different matter, in that it involves 'conscious and deliberate wrongdoing'. The judge’s point was that whilst 'the pressure on the respondent was caused in large part by a culture in the firm which was toxic and uncaring', this could only provide an explanation for the respondent’s dishonesty having occurred and could not excuse it; the pressure could not 'amount to exceptional circumstances justifying a lesser sanction.'

The difference in how the SDT and the High Court approached the exceptional circumstances balancing exercise highlights why a different approach to fitness to practise is needed. In essence, the appellate court took the health and working conditions the respondents experienced to be part of the wider picture of mitigation; they did not alter the nature and extent of the dishonest acts and each respondent had appreciated that what they had done was dishonest. But did each respondent truly appreciate at the time that what they were doing was dishonest or did they only gain that appreciation after the event? In the most reported case, medical evidence relating to the respondent’s condition was obtained some nine months after the material events; would the story have been different if the respondent had been assessed at the time? Whilst the respondent was said to be a good historian, was it possible for her to be entirely conscious of how she had balanced information in circumstances where it was accepted that, in relation to one of the activities she was found to have committed dishonestly, she could not specifically remember the events from the relevant period? Was this lack of memory the effect of the passage of time or did it hint at a greater cognitive dissonance? Whilst it would be naive to suggest that the matters of the mind are easy to assess, it is logical to conclude that the closer to an event an evaluation can be made, the greater the chance it will be representative of the individual’s actual state of mind.

Some have said that the SRA doesn’t need to make any fitness to practice rules, suggesting that the existing principles are clear and that those regulated by them must adhere to them if they wish to practise. But do clients or the wider public really need to trust solicitors to the end of the earth? Does anyone realistically trust anyone else to the ends of the earth? Is that standard setting the profession up to be undermined when any one of its members does inevitably infringe the rules? Does regulation in the public interest always equate to ejection of an individual from the profession where serious misconduct takes place, almost without exception? In cases where practitioners have admitted to and apologised for wrongdoings, their behaviour was explicable, they have gained insight, sought help and shown ability to work competently (under supervision, if needed), does the protection of the public require a 'one strike and you’re out' approach? That is not to say that dishonest behaviour should go unpunished, but does it really always warrant a career-ending outcome?

Whether it does or it doesn’t, fitness to practice procedures could provide the vehicle that is needed for regulated professionals to deal with problems before they spiral out of control. Such a regime could encourage practitioners to think about the conditions impacting their work and provide a dedicated forum in which those conditions could be examined and assessed. By raising awareness of the effects of health and working conditions on individuals’ practices, it could minimise the delay in practitioners seeking help, encourage openness and increase transparency and engender proactive and responsible management of practices at the individual and organisational levels. These features of the system are all in the public interest. Rather than professionals panicking and making a career-ending move they can’t take back however sorry they are or however much insight they show, they would be encouraged to hold their hands up much more quickly and admit that they aren’t coping and in need of help. It could help to dismantle the myth that legal professionals must be able to handle all of the pressures their professional and personal lives throw at them and inspire realistic and responsible practices.

The rulings put into relief the need for the SRA to show how its rules support solicitors suffering from ill-health or dealing with other difficulties. To address the underlying problems and demonstrate it is humane, lawful and regulating in the public interest, the SRA would do well to consider the SDT’s recommendation whether to create a fitness to practise regime. Engaging meaningfully with and having an open and considered discussion about fitness to practise would be in the interest of everyone.