Lawyers and the law heating up over climate change

The impact of climate change on the law and the legal profession continues, as if a gale has hit us. Last week produced various examples. I shall focus more on those which did not receive the publicity they deserved, and include other recent events. 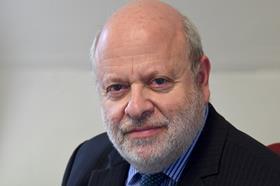 Some have been extensively covered. First, there was the Court of Appeal decision on the third runway at Heathrow, where it was found that the runway could not proceed because the government had not taken into account the terms of the Paris climate agreement to which it had committed.

Clearly, this decision may have a major impact on other litigation where climate change could be a contributing factor, and all lawyers will have to take note. It bears some resemblance to the recent Dutch Supreme Court case based on the European Convention on Human Rights.

Next was the decision by Extinction Rebellion to protest outside the offices of Slaughter and May, with the threat that there will be further demonstrations outside other law firms doing similar representational work for companies that exploit fossil fuels.

Underneath the Gazette article reporting the protest, a group called ‘Lawyers for XR’ justified their action. They conceded that lawyers should not be identified with their clients, that lawyers should be able to carry out their work without intimidation, hindrance or harassment, and that everyone has a right to representation. That looks a pretty comprehensive concession. But, they go on to say that ‘law firms must act quickly and decisively, to ensure we have a planet, and a rule of law, on which humanity can thrive.’ Everyone can sympathise with the healthy survival of the planet as a necessary goal. But, as another commentator indicates, the group does not say what quick and decisive actions law firms should take which would not breach a client’s right to representation.

What is clear is that law firms have now moved a little closer to the front line of climate change action. This has some similarity to other major controversial issues where lawyers and law firms have been seen by some as enablers and facilitators of actions which they consider contrary to public policy – for example, money laundering, tax avoidance and non-disclosure agreements in cases of sexual harassment. In all those cases, there have been moves by the authorities to make lawyers more responsible for their client’s actions, which is a shift away from how we have traditionally seen our role. Further such inroads will doubtless be made.

But there were other recent legal developments which received next to no publicity. They were from groups of lawyers who are trying to produce helpful frameworks for the legal profession, to be used in future climate change litigation. This is clearly a growth area.

First came a product from the Chancery Lane Project. This is a collaborative effort between UK lawyers to develop new contracts and model laws to help fight climate change. The Law Society is a member. Specifically, its mission is to create contracts and model laws to enable communities and businesses to fight climate change and achieve net zero carbon emissions for a 1.5 degree world.

Last week, it published a document called ‘The Climate Contract Playbook and Green Paper of Model Laws’, containing 16 precedent clauses to help lawyers and businesses to work towards climate targets, and 7 model laws to accelerate the transition to net-zero emissions.

Just a few days earlier, the International Bar Association published a Model Statute for Proceedings Challenging Government Failure to Act on Climate Change. It provides detailed rationales, precedents and 23 specific articles for reforms which will enable citizens to ask for judicial review of the sufficiency of their government’s climate measures and, where lacking, to assess whether more government measures are warranted under domestic laws.

There is a group working for another legal aim, too. Some of the demonstrators outside Slaughter and May carried signs saying ‘Stop Ecocide’. Stop Ecocide is a UK-based organisation with the aim of ensuring ecocide is recognised as an atrocity crime at the International Criminal Court (ICC), alongside genocide, war crimes and crimes against humanity. Ecocide is defined for this purpose as the mass damage or destruction of natural living systems. It reports that last December, two small island states, Vanuatu and the Maldives, called for consideration of an amendment to the ICC’s statute.

These kinds of developments are coming thick and fast to the law and the legal profession. Given the growing field of which lawyers should become aware, I believe that the Law Society should assume a higher profile. I know that the politics of climate change remain controversial for some, and the Law Society should certainly remain an apolitical organisation, but the profession needs to be prepared for what is to come.