The launch of the Legal Education Foundation – set up with a £200m endowment from the sale of the College of Law – marks the welcome creation of a well-funded legal charity dedicated to advancing legal education and legal professional social mobility, alongside pro bono work, to take but three areas funded by the foundation’s inaugural grants.

The launch of the Legal Education Foundation – set up with a £200m endowment from the sale of the College of Law – marks the welcome creation of a well-funded legal charity dedicated to advancing legal education and legal professional social mobility, alongside pro bono work, to take but three areas funded by the foundation’s inaugural grants. 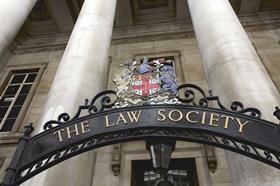 Many of those established bodies funded by the foundation have been supported by the Law Society Charity, some over many years. The charity, which dates back to 1974, has similar aims and objectives but concentrates on ‘seedcorn’ funding. It focuses on those who cannot get funding elsewhere, with the additional remit of working with local law societies in their own charitable projects.

One example, featured in the Gazette, is the support of the Colombia Caravana, a charity dedicated to supporting the monitoring of human rights abuses faced by legal professionals in Colombia. Its work is supported by solicitors working in Holborn and Westminster, and fully endorsed by their local law society. At our July meeting, the charity voted to agree a grant of £12,500 towards Colombia Caravana’s work. We hope Gazette readers will support the caravana.

We work to support international human rights, whether in developing legal education abroad, developing the law or through pro bono assistance. Among the major grants we made in the last year are £9,500 to the African Prisons Project and £10,000 to Peace Brigades International, who protect lawyers in places such as Mexico, Guatemala and Nepal.

It does not end there, as Gazette reports have recorded, following the publication of our report on the rule of law in Fiji. The criminal contempt convictions by the Fijian authorities for those who have circulated our report is an action clearly designed to curtail free and fair discussion in the coming elections in that country. Similarly, in line with Law Society objectives on international human rights, we supported the attendance of the head of the Sri Lankan bar association at the recent Commonwealth Law Conference, to give a platform to lawyers from Sri Lanka concerned about abuses of the rule of law.

Closer to home, we have underwritten the costs of the human rights symposium held by the Law Society with the University of Essex. But talk of our international work should not obscure the work we do to support disadvantaged communities, and sectors of the legal profession, in England and Wales.

My fellow trustees and I have been at pains to ameliorate some of the effects of the devastating cuts to civil legal aid, against which past presidents have rightly campaigned. We have done this by supporting charities that work in the most disadvantaged areas of the law.

One example is the Royal Courts of Justice’s Personal Support Unit (PSU) which works with litigants in person. At our April meeting, the charity gave £15,000 towards the PSU’s core costs of providing advice at various court centres – at a time when both the judiciary and the profession recognise that many more such individuals are likely to seek help in future.

We have also supported the work of bodies such as Bail for Immigration Detainees, where the curtailment of rights to seek judicial review and access to legal aid has been loudly condemned by the Law Society. We have given funding for three years towards a project to help stop immigration detainees from being separated from their children. Similarly, the Law Centres Federation received a grant of more than £6,000 to assist its training and development. We have also supported the work and funding of the Society’s Diversity Access Scheme. The testimonials of those helped by the scheme demonstrate that the grant we make, of over £120,000, shows a little can go a very long way to secure a future as a solicitor, where one might not be possible without it.

Donations are always welcome, but with your help – in remitting unclaimed balances to us, say, and with that of the Law Society – more can be done to put the profession’s ideals into action.

Nigel Dodds is chair of the Law Society Charity